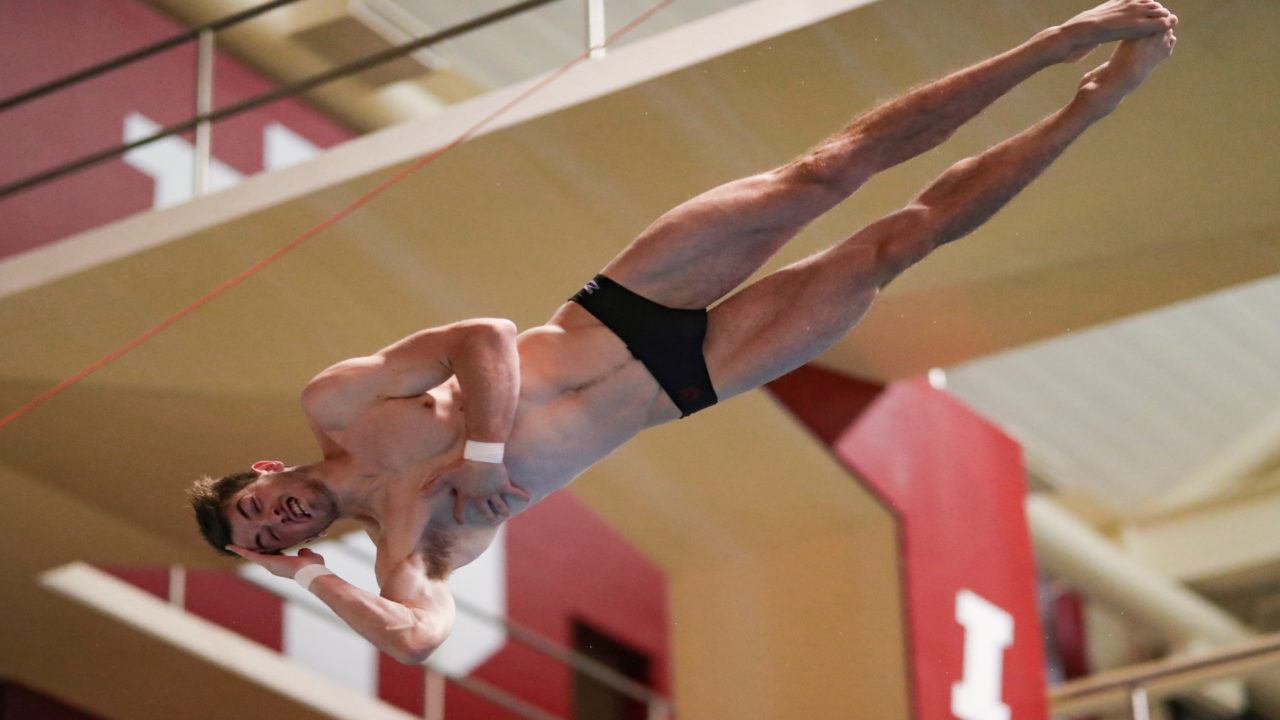 Zones C and D tend to be the top Zones with the most NCAA invite spots, and qualifying out of either zone is a good chance of scoring at the big show. Indiana’s James Connor and Andrew Capobianco went 1-2 and should return to the NCAA scoring ranks. Connor was 3rd last year, but champion Michael Hixon graduated and runner-up Steele Johnson turned pro, leaving him as the top returner. Capobianco was 11th last year.

Without Johnson, Purdue’s men still did well, qualifying two men on day 1. Greg Duncan was third and Joseph Cifelli fifth. Duncan missed scoring last year for UNC on 1-meter but should be in the hunt this time around based on graduations ahead of him. Cifelli was 16th at NCAAs a year ago. Ohio State’s men got three divers in, as did Indiana. And Michigan qualified two men.

For the women, Purdue led with three qualifiers, including 3-meter champion Emily Bretscher. She struggled to 39th in this event as a freshman at NCAAs last year, but a Zone title should bode well for her scoring chances. Purdue also qualified returning NCAA scorer Morgan Meixner and Emily Meaney, who was a platform-only qualifier last year.

Indiana qualified one woman: last year’s 10th-place finisher Jessica Parratto. Meanwhile Ohio State got Genevieve Angerame in, Kentucky qualified Kyndal Knight, Louisville got Michaela Sliney and Notre Dame qualified Annie Wiese. Each of those programs could conceivably be competing for a top 20 spot, and a handful of diving points would go a long ways towards that end.