Yuliya Efimova Scratches Out Of 200 IM Semis At Euros 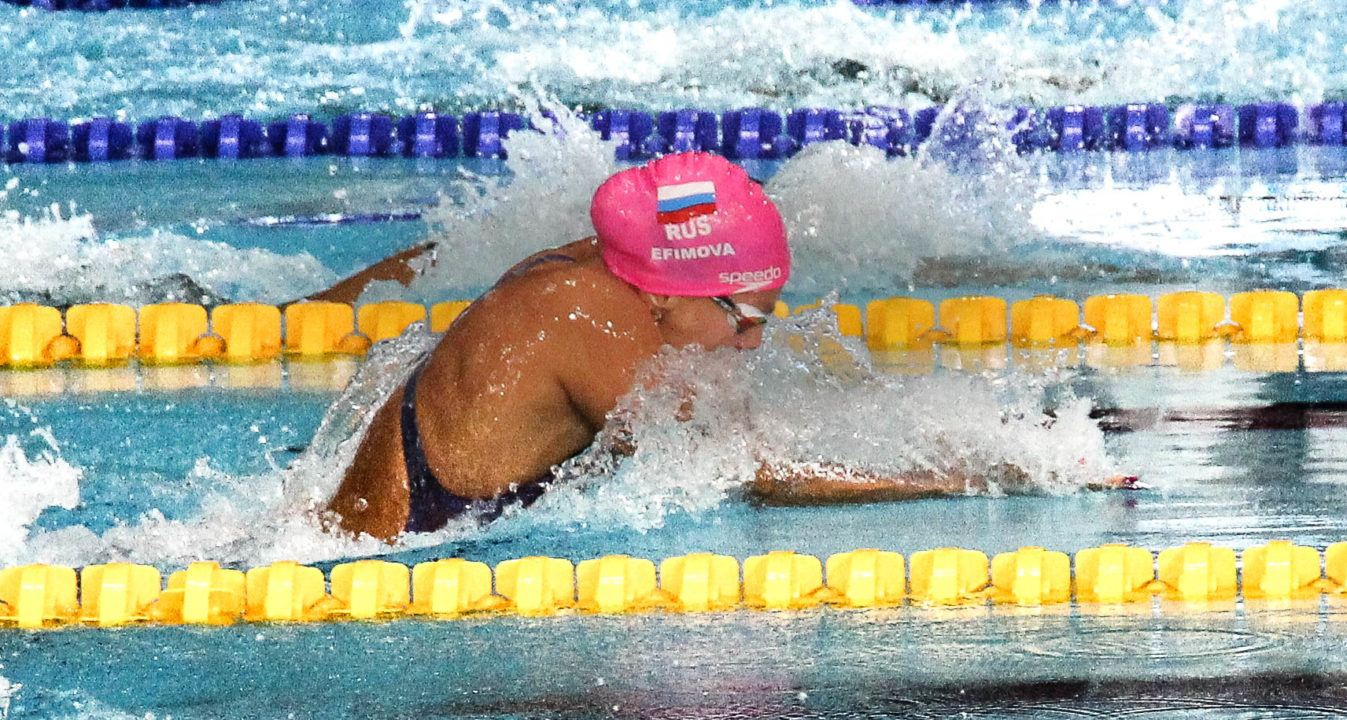 Russia’s Yuliya Efimova has scratched out of the women’s 200 IM semi-finals on day 5 of the European Championships in Glasgow.

Efimova had put up the 14th fastest time of the morning in 2:15.35, but would’ve been entering the semis seeded 11th once the 3rd and 4th fastest Brits and the 3rd fastest Hungarian were removed from the field.

The 26-year-old was considered a possible medal threat here, having been the 4th fastest European this year among swimmers competing in Glasgow in a time of 2:11.89. The race does come approximately 14 minutes after her 200 breast final, where she comes in as the top seed. Unlike some of the other events for Russia, where they have four athletes clamouring for a spot in the semis by placing in the top-2, Efimova’s scratch won’t bump another Russian into the semis as her and Viktoriia Andreeva (9th, 2:14.91) were the only two who were entered.

Efimova already has one gold under her belt, winning the 100 breast in a new Championship Record, and will seek a second one tonight in the 200. She also won silver on Russia’s mixed 400 medley relay.

With the scratch, Nikoletta Pavlopoulou of Greece gets bumped up into the semi-finals after recording a prelim swim of 2:17.27.

No surprise, she has the 200m breast just minutes before.