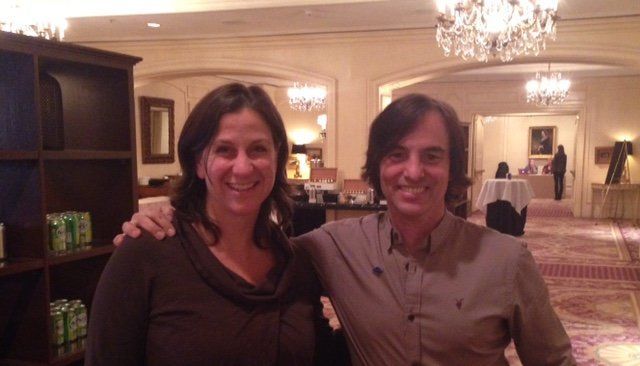 BJ Bedford Miller: "When everything you've done is prologue to one minute, what do you do next? How long do you enjoy it, and where do you go from there?" Current photo via BJ Bedford Miller

In 2000, I had the incredible experience of winning an Olympic gold medal and setting a world record as part of the women’s 4 x 100 medley relay in Sydney, Australia. Twenty-two years of training, swimming countless laps, lifting loads of weights and eating more calories than anybody should consume in a lifetime culminated in one, shining moment. There were tears, flowers, crowds, fleeting fame and TV cameras. And then it was over.

When everything you’ve done is prologue to one minute, what do you do next? How long do you enjoy it, and where do you go from there? You see, there’s nowhere to go from the mountaintop but down, and nothing to do but try again or begin the long road to redefining yourself.

The choices then tend to be in one of two camps. You walk away and try to find meaning in what you do somewhere else, or you stay in the sport, coaching, holding on as an athlete. Working for Nike, I was still able to hold onto the identity I had when all roads pointed toward a competition in a four-year cadence, but started to find value in myself for something other than what I could do in a pool.

Many who walk this path will divorce themselves from the past, dismissing their achievements, desperately trying to find purpose in the next phase of life. I have a friend, an Olympic medalist, who went through years of therapy to be able to even speak about it again. The gritty resolve and tenacity that brought her to the point where she could count the number of people in the WORLD on one hand who were faster than she was, she turned to creating an almost completely separate identity. As far as I know, she’s never swum again.

Why do we do this? What fear keeps us from shouting it from the rooftops? We don’t want to be “that guy.” The one who shakes your hand and starts talking about himself in the third person and is stuck in the moment when he was something.

(Think of Uncle Rico in Napoleon Dynamite. “Coach shoulda put me in. We coulda won state.”) I don’t want to be Uncle Rico. In fact, I don’t want the Olympics to be the greatest thing about me. My hope is that who I am shines brighter than any medal I was able to earn.

I had the pleasure to see Keni Thomas do an incredible, inspiring speech at an event recently. He was part of the crew the movie “Blackhawk Down” was based on. He saw people killed in front of him and had to depend on the weakest link in his platoon who saved his life. And Keni didn’t talk about his experience for a long time. And then, one day, he moved past his block. He started talking about it, and using the experience to teach others lessons about the good in people and about doing the little things right. And about the decision you make once your moment is done.

Keni Thomas has inspired me to look at my life and maybe take that story out and dust it off. Maybe to use my story to inspire not just little kids on a swim team, but adults who had to battle themselves to get to the finish line and to ever have a hope of winning. I don’t know what shape this story will be taking, but I know it’s not done.

I don’t know that this story has a happy ending. But I know the journey is not done. Come with me. Let’s set some records.

Wonderful story, BJ. I can’t wait to see where you go from here. (And thank you for all the wonderful memories of your swimming career, as they came flooding into my mind while reading your article.)

Thank you Lane Four! Life has started being so fun for me as a wife, mom and worker bee. I so appreciate the people who cheered for me!!

I think the timeline, while not as huge as yours, also occurs in college swimmers upon graduation. They go from doing all the things you describe, to finishing their college careers, and then what? For them there is this empty feeling – the joy of not having to train hard anymore but the pain and emptiness of no longer contributing!

Most have a hard time adjusting and it usually takes a couple of years before they find themselves. Some join masters teams and continue to swim, some never swim again — that to me is the saddest part!

Stuart,
I completely agree. You don’t have to win a medal or compete in the Olympics to know how hard it is to transition out of something that’s absorbed your whole life and been a singular identifier for who you know yourself to be. There’s a lot of great research on this topic, and Mel has definitely published some quality articles on the topic.
For me, the community who supported me, loved me win or lose and helped me stand when all I wanted to do was lay down – that was the key to making it through. My coaches have always kept ties with me (Jonty Skinner, Mark Schubert, Chris Martin, Mike Doane) and have never shied… Read more »