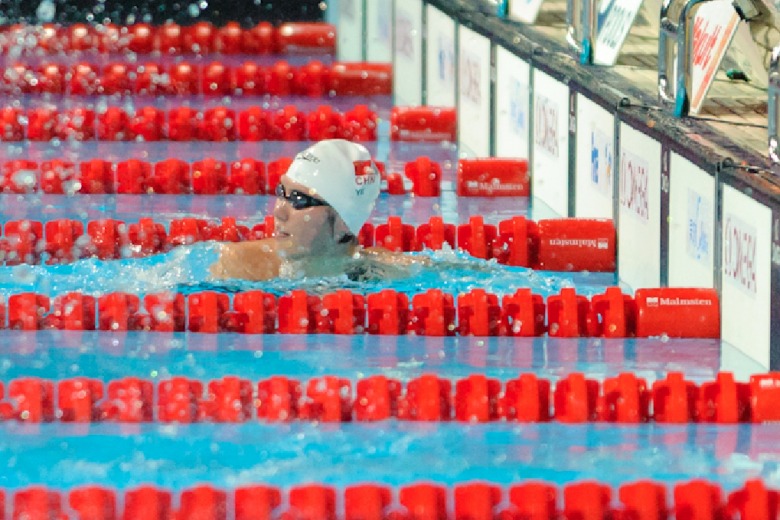 After a poor 400 IM showing Ye Shiwen qualified for the 200 IM semi-finals finishing 7th overall in the prelims. Archive photo via Victor Puig

After a disastrous 400 IM where she missed the final by a mile, China’s Ye Shiwen rebounded for a solid 200 IM prelim this morning, qualifying 7th overall for the semi-finals tonight in a time of 2:10.56.

Ye is the defending Olympic champion in both individual medley races, winning the 200 IM four years ago in a Olympic record 2:07.57 (that was just broken by Hungary’s Katinka Hosszu). Her 400 IM was even more impressive, going 4:28.43 for a new world record (that was also recently broken by Hosszu on the first night of competition).

Since London Ye hasn’t been a factor on the international scene, winning zero LC World Championship medals since. After going over 17 seconds slower than her world record and missing the final by 19 places in the 400 IM it didn’t look like she would be a factor here in the 200 IM, but her swim this morning makes her a player.

Hosszu is a class above the rest of the field here, so barring a disqualification the gold looks to be hers, but after that there’s a battle for the minor medals. Ye has announced her presence, but she’ll need to be about two seconds faster than her morning swim if she hopes to medal.

Tonight she’ll swim in the second semi-final along with Hosszu in lane 6.