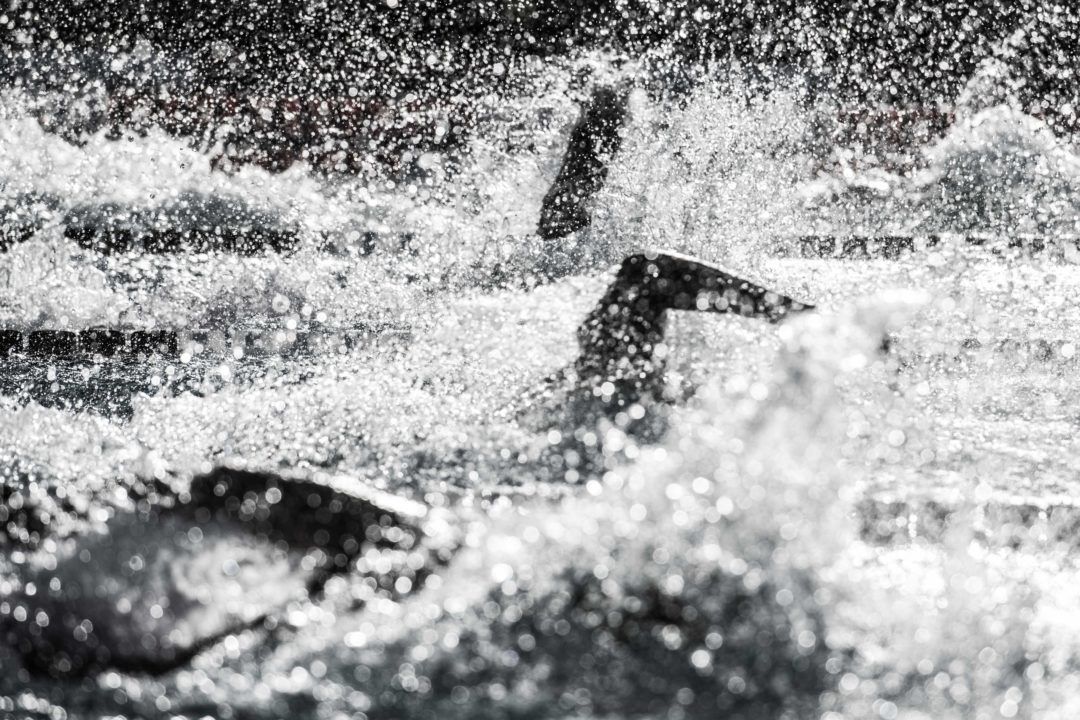 The Wyoming Cowgirls traveled to Colorado this past weekend, tacking on another win to their dual meet record after defeating Colorado State. Sophomore Samantha Burke and junior Maria Huarutjunjan each won multiple individual races to lead the way.

FORT COLLINS, Colo. – Cowgirl swimming and diving earned victory over Colorado State on Saturday afternoon at Moby Pool, outscoring the Rams by a score of 173.5-123.5.

Wyoming claimed first in 11 of the dual’s 16 events, bookended by wins in both the 200 medley relay and 400 freestyle relay. Sophomore Samantha Burke, junior Maria Harutjunjan and freshman diver Karla Contreras each won multiple individual events. Burke notched victories in the 200 freestyle (1:53.89) and the 100 butterfly (56.86). Harutjunjan continued her dominance in the breaststroke, again winning both the 100 (1:04.23) and the 200 (2:20.88) events. She ends her weekend with four individual wins and two relay wins. Contreras performed in similar fashion on the boards, sweeping the 1-meter and 3-meter competitions. Her winning scores of 307.75 on the 1-meter and 331.50 on the 3-meter were both career-best marks as well as NCAA qualifying scores.

“We had a great day today and it started off with a great opening race,” UW head coach Tom Johnson said. “In the 200 medley relay, we got the win and even more importantly our second team stepped up and placed third. Daniela Luna Rocha had a terrific day after a tough weekend swimming the 1000 freestyle and 500 freestyle on back-to-back days. Samantha Burke was a beast today with two wins and the anchor of the 400 freestyle relay. She was absolutely awesome this weekend. Kelly Sheldon was terrific today in the 200 butterfly, she was behind most of the race and then dropped the hammer in the last 50 yards to get the win. The divers were outstanding once again. I thought the meet went extremely well and our team stepped up in a way that they didn’t yesterday. It’s always a good day when you beat Colorado State.”

Wyoming’s winning 200 medley relay team was comprised of sophomore Isobel Ryan, Harutjunjan, Burke, and senior Danielle Badger. Ryan also won the 100 freestyle (52.14), while Badger notched the top time in the 50 freestyle (2:08.25). The 400 freestyle relay team that ended the dual with a UW victory included Ryan, Badger, junior Kelly Sheldon and Burke. Sheldon also tallied a win in the 200 butterfly, a whole second faster than the rest of the field.

Both men’s and women’s squads will return to the pool next weekend. The swimmers will head to Las Vegas for duals against the UNLV Rebels on Saturday beginning at 12 p.m. MT, while the divers will compete in the Air Force Diving Invite over Friday and Saturday.

Beaury placed second in the 100 breaststroke after leading at the first turn, and Marie Goodwyn followed with a second in the 200 butterfly. Kicklighter took a runner-up finish in the 100 freestyle, and Hauber took second behind Thomas in the 200 backstroke. Senior Allie Jacobs was second to only Rowley in the 200 IM.

The Rams also finished in positions 2-4 in a pair of events. Mand, Kicklighter and Hauber finished in places 2-4 in the 50 freestyle, while Meg Lloyd, Beaury and Gianna Salanitro did the same in the 200 breaststroke.

IN THEIR WORDS…
“It’s hard to lose these (seniors) because they’ve just had such an impact on us as a coaching staff and on the program.” – CSU head coach Christopher Woodard on the importance of his nine seniors

“Toni is all about the race. She’s usually mentally ready, and if she’s at all physically ready then she’s incredibly dangerous. I’m happy for her; I think that’s her fastest dual meet time (in the 200 backstroke), and it sets her up well for conference.” – Woodard on the performance by Tonicia Thomas, who won the 200 backstroke

“Rowan is funny, because she gets nervous and isn’t sure if she can compete at the level that we are expecting and she’s expecting, but then every single time she gets in and rises to the occasion. That 100 backstroke, I believe, is her best dual meet time ever and it certainly is if you include altitude-adjustment. I know she was hurting down at the end, but she pulled out the win. I’m very proud of the way she swam.” – Woodard on Rowan Hauber, winner of the 100 backstroke

NEXT…
CSU’s divers will head to Colorado Springs for the Air Force Diving Invitational next weekend (Jan. 27-28). The next dual meet for the Rams will be at home against Northern Colorado on Feb. 1 at 5 p.m. MT.