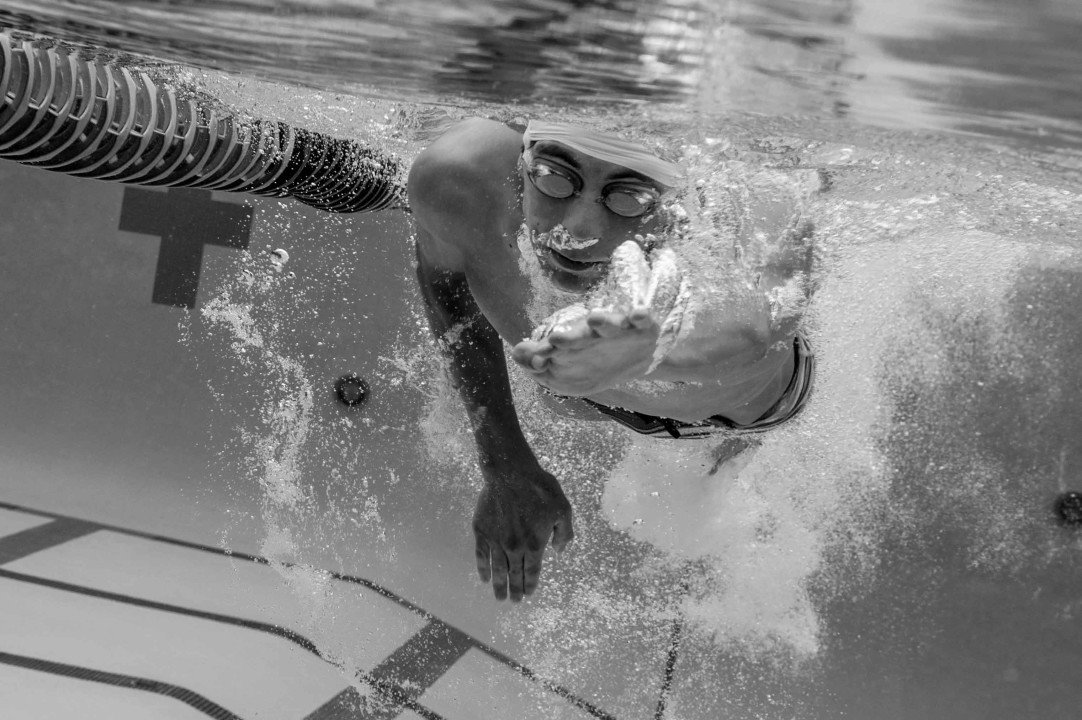 A pair of furious road comebacks from Wyoming led to different ends in Tempe: the Cowgirls roared back to beat Arizona State, while the host Sun Devils held off the Cowboys charge. Stock photo via Mike Lewis/Ola Vista Photography

A pair of furious road comebacks from Wyoming led to different ends in Tempe: the Cowgirls roared back to beat Arizona State, while the host Sun Devils held off the Cowboys charge.

The Wyoming women got a big meet-opening win in the 200 medley relay at 1:42.31, but Arizona State rattled off three straight individual wins to grab an early lead at home.

Arizona State also jumped out to a big lead on the men’s side, winning the first four events in quick succession.

Also doubling for Arizona State was Barkley Perry, who took the 200 free in 1:39.51 to keep that early run going. Perry came back to win the 200 backstroke near the end of the meet, blowing out the field in 1:47.90.

The only thing Wyoming could get going early was Gabriel Rooker‘s breaststroke. The junior went 54.52 to earn Wyoming’s first win of the day, and one of just two before the first diving break. The other came from Bryce Carter in the 50 free (20.28).

Still, the comeback was too little, too late, as Arizona State had already clinched the meet heading into that IM race. It turned out to be a good thing for the home team, too, as Arizona State’s 400 free relay was disqualified for a false start, giving Wyoming what would have been a game-changing 1-2 finish in the event. That only served to bring the final score slightly closer at the end, though, with ASU winning 152.5-145.5.