The Art Of Planning To Win With Tennessee Coach Tyler Fenwick 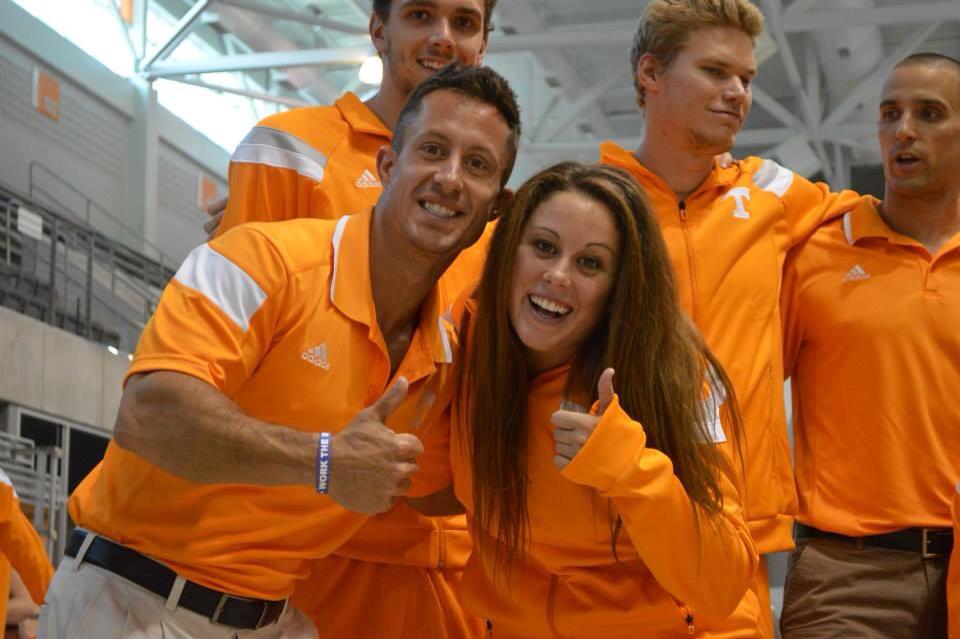 Tyler Fenwick, one of the brightest young minds currently working in the sport of swimming, is dedicated to mastering the art of quality coaching. Archive photo via Tyler Fenwick

Tyler Fenwick, one of the brightest young minds currently working in the sport of swimming, is dedicated to mastering the art of quality coaching. After a long day of working at the University of Tennessee as the associate men’s and women’s coach, Fenwick comes home to his new Rottweiler puppy who by no coincidence is named Knox, and continues to perfect his craft as he prepares for the next day of the grind.

“I love that dog to death,” said Fenwick.

To some, training a dog can be tough, but to Fenwick it’s easy to apply the same principles to Knox that he has applied to his athletes throughout his career.

“If I didn’t have rules and I didn’t teach him lessons and I didn’t have boundaries for him, he would be very, very unhappy. Sometimes that’s tough to do, it’s tough to be rigid with a person that you love or a dog in this case. It’s not that dissimilar with age group athletes. With any athletes, they want boundaries, they want rules, providing a structure and a plan is going to give them a lot of comfort.”

Tyler Fenwick and Knox the puppy

One of Fenwick’s greatest abilities as a coach is that he’s able to set up plans, follow through with them, and get results. Many coaches can plan a practice, but Fenwick plans a season, and plans a career, and creates a vision.

“The begininng of every season I sit down with the athletes that I primarily coach…I’m looking for young people who are constantly trying to progress,” Fenwick said. At the University of Tennessee, the coaches have what Fenwick calls a home room. For Fenwick it’s a room with 12 athletes that he’s primarily responsible for. Although there’s just 12 in his home room, Fenwick works with every athlete on the team.

He’s looking that athletes are, “constantly in search of doing things better, and so from year to year, looking back on the previous year what they did really well, and I want to know, what can we do better this year so that we take the next step. That’s in terms of what they’re contributing to the team, that’s in terms of their academics, their social life, and swimming.”

Fenwick’s next step is to listen to the athlete, and hear what they want in order to develop a unique plan that will help them achieve their own goals. When developing individualized plans for his athletes, every athlete gets a chance at success.

“We’re not forcing round pegs into square holes. Everyone has a unique plan.”

Once an overall plan is set in place, Fenwick looks to make sure his athletes are following the plans day in and day out. According to Fenwick, the only way to make sure you’re getting the best out of your athletes is constant communication.

“I text with them frequently, I’ll pull them aside. There’s lots of times we’ll sit down in little groups and talk about different topics,” said Fenwick. “What I’ll also do is pull them aside. How’re you doing, how’s school going, it doesn’t have to be about swimming. It can be about anything, just letting them know that you care and then they’re going to open up to you and they’re going to trust you. Trust is so important.”

Benjamin Franklin once said that by failing to prepare you are preparing to fail. Fenwick applies that principle to coaching as well, always making sure that his athletes are aware of what they’re doing, why they’re doing it, and are ready to do it.

“I really like to walk through the season with my athletes. I like to let them know ‘tomorrow’s going to be a big day. I want you to get to bed early tonight, I want you to really focus in on what you’re fueling your body with right now.’ If we know we have a real tough week coming up, I might give them a heads up a week or two early.”

When Fenwick spoke with SwimSwam the Vols were just about to enter a tough two-week block of training. Just as Fenwick approaches tough days by preparing his athletes beforehand, he does the same thing with big blocks of training.

Just as his athletes listen to him during these huge blocks of training, Fenwick feels as though his job entails listening to his athletes as well.

“It’s also giving a little bit too. If I have an athlete who’s not performing at practice and they’re kind of dragging, I might give them a morning off. If I’m not communicating with them pretty consistently, I’m not really going to know that.”

While Fenwick is listening to his athletes, he’s also listening to Tennessee head coach Matt Kredich. He looks at learning from other coaches as an invaluable experience. Over his career he’s been able to work with high profile coaches such as Bill rose, Dick Shoulberg, and Kredich.

Taking these experiences and all the teachings from some of the coaches he’s worked with, Fenwick has been applied them with his own ideas and coaching style. Most recently he coached American distance swimmer Alex Meyer to a silver medal at the 2015 World Championships. Finding his own recipe for success is something that drives him every day.

“I am on fire for this sport, I am there for my athletes, I want to see them be extremely successful, and not just while they’re swimming for me. That’s beyond that,” Fenwick said. “When I have an athlete call me up and tell me about what they’re doing and I hear them on the other end of the phone and they’re excited for whatever opportunity is in front of them in life, it’s so fulfilling, To see these guys in the water working their tails off and then going to competitions and swimming fast, but then once they graduate seeing what they’re able to accomplish, it’s pretty cool. ”

Fenwick’s work outside of the pool is what makes him a different caliber of coach than most. Many coaches can dig into the latest science behind coaching and develop practices, but it’s the art of coaching, and the art of planning to win that make Fenwick such an efficient and successful leader.

The big focus meet of the year for top American competitors is the 2016 US Olympic Trials and Olympic Games. With time ticking on the clock and a lot of work still to be done, Fenwick will be helping lead the charge towards what will be for some of his swimmers, the biggest meet of their lives.

Love this guy. Tyler let’s meet up in Philly sometime soon! Great to see you in Herning

Truly one of the best coaches in the sport. I have had the pleasure to have him as a coach at Mission Viejo and I can guarantee that his ability to motivate his athletes on a daily basis and at the same time help them to give 100% in every practice or set is amazing. Moreover, he cares so much about his swimmers not uniquely as athletes, but most importantly as people and that is what makes him so great. I am sure he developed this capacity as a college coach to the point that he built such a strong relationship with his athletes that they unconditionally trust him. The future is bright for this guy and for the athletes… Read more »

Congrats to Tyler, he is an amazing guy with incredible drive, energy and passion for the sport. He has proven that he is one of the top level coaches in the country, Germantown Academy had a chance to get him and continue the Germantown excellence when Coach Shoulberg was forced out. I had the chance to witness Tylers presentation at the school and it was unbelievable-he had a vision and plan to continue a top rated program for the next 50 years for his alma mater. But GA blew it again and under 1 year the program has gone into the toilet. World class to no class. Tyler please come home and Save GA