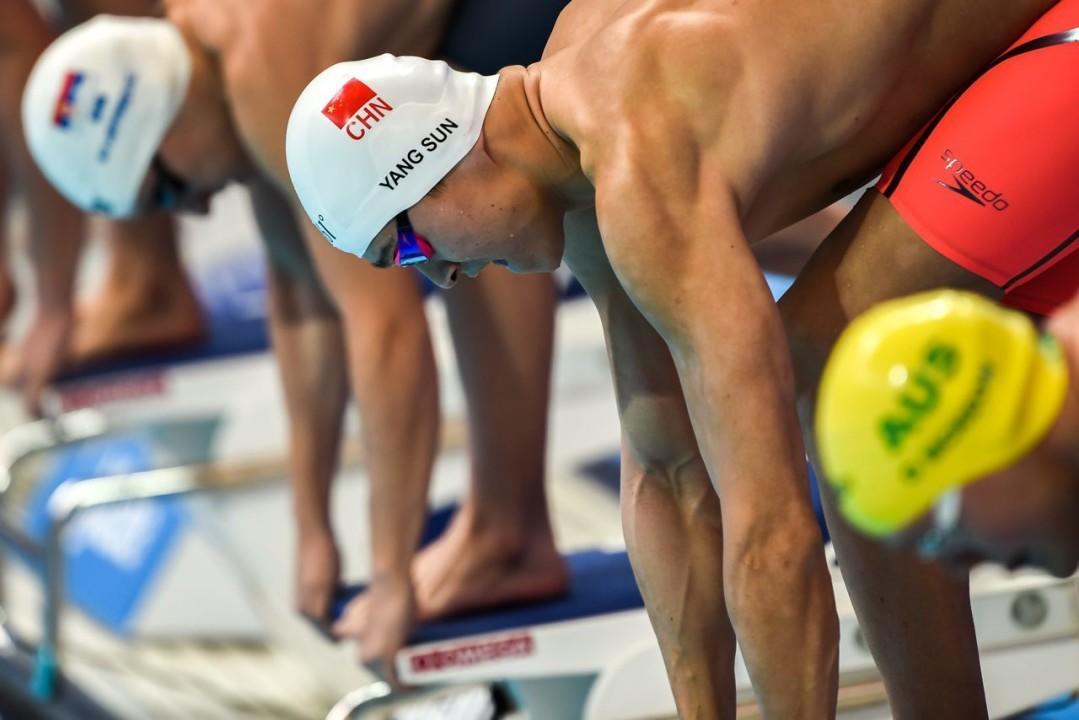 Despite several negative PR incidents since the 2012 Olympic Games, Sun is still a big enough draw to be included among China's best sports stars on a new reality television show. Archive photo via Peter Sukenik/www.petersukenik.com

Sun will be one of a number of professional athletes from a number of different sports that will participate in the show. The athletes will be pitted against ‘pop culture celebrities’ in athletic challenges, though the show’s producers for now are keeping full details of the show are being kept close.

Sun is a 4-time Olympic medalist, having won the gold in both the 400 and 1500 at the 2012 London Olympic Games. He also holds 7 World Championship golds (all in long course) and is the current World Record holder in the men’s 1500 meter free in long course.

Sun’s most recent World Championship meet ended with a withdrawal from the final of the 1500 meter freestyle, with Chinese officials citing a “heart problem.” Earlier in that day, Sun is accused of having gotten in a physical altercation with a Brazilian female swimmer in the warm up pool, after which a formal complaint was filed. No officials tied that incident to his withdrawal.

I frequently party with Sun but I will not be around when the cameras are.

I hope he morphs into the Ryan Lochte of Chinese swimming. I am not comfortable with the Justin Bieber comparison after what it did to Missy Franklin’s career.
http://www.swimbrief.net/2012/12/missy-franklin-gives-up-ncaa-eligibility.html

yeah he,s the Justin bieber of Chinese swimming but he has literally no tattoos. I hate tattoos.
he,s like the male version of li na.

This guy is literally the Justin bieber of Chinese swimming. And NOT because of his “good looks”.

Paltrinieri must be laughing all the way to Rio.