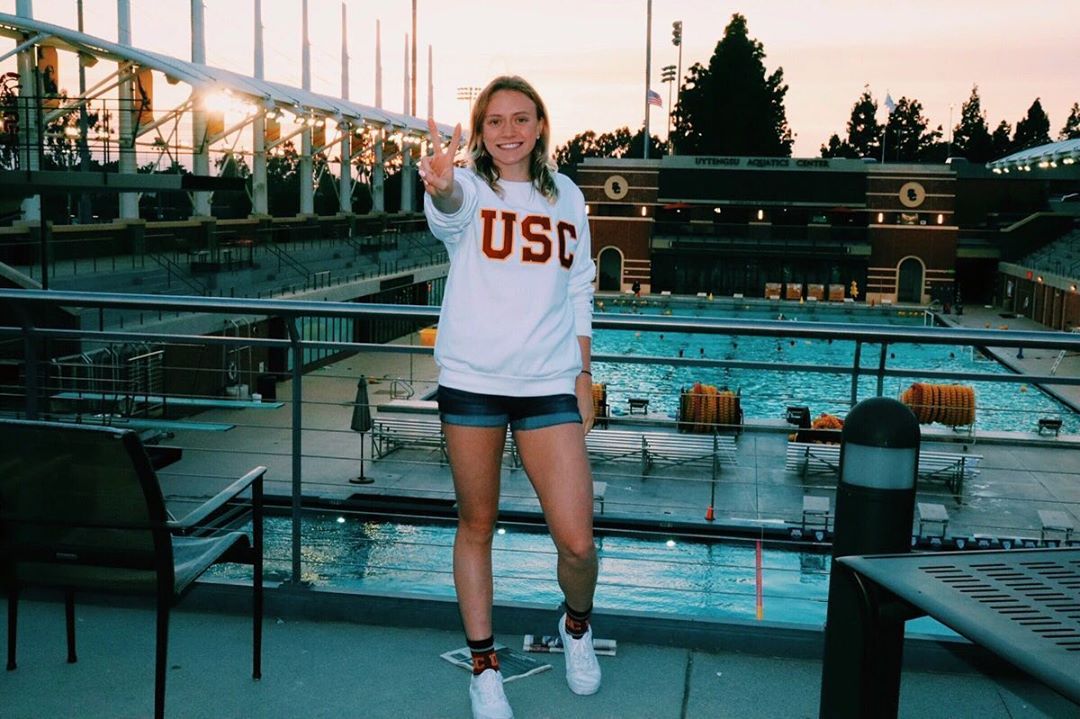 Henderson, who is expected to join the Trojans for the 2020-2021 season, is Jeremy Kipp's first big recruit as the program's new head coach.

Hanna Henderson, who represented Canada at the 2019 World Junior Swimming Championships, has verbally committed to USC. That makes Henderson the Trojans’ first commit since Jeremy Kipp was announced as the program’s new head coach. She is expected to join the Trojans in the fall of 2020, which will immediately signal that Kipp’s recruiting success at Northwestern is carrying forward to his new role at USC.

USC is the perfect fit for me for next year. I fell in love with the team atmosphere, the coaches and the athletes while I visited last year. I am beyond excited to become a Trojan and work with the team over the next few years. I can’t think of a better place to pursue my goals!

She joins fellow Canadian international Jade Hannah who is also committed to USC as a member of the class of 2024.

Henderson has also competed internationally at 2 stops of the FINA Swimming World Cup Series in 2019.

For the USC women, Henderson comes in at a crucial moment after the graduation of the U.S. Open Record holder and 2019 NCAA Champion Louise Hansson. Hansson, in addition to being one of the top two butterfliers in the country, was also the 2nd-best 100 freestyler in the Pac-12.

USC will return Jemma Schlicht next year as a rising senior in the 100 fly. She was a 51.64 last season. But, between the graduations of Hansson and Catherine Sanchez, the Trojans’ butterfly group would thin out dramatically if it weren’t for the addition of Henderson.

She’ll join a substantial recruiting class for USC that was already ranked #5 in the nation this season by SwimSwam’s Jared Anderson without Henderson. Whilet hat class is deep on freestylers, backstrokers, and breaststrokers, it was lacking an elite-class butterflier like Henderson.