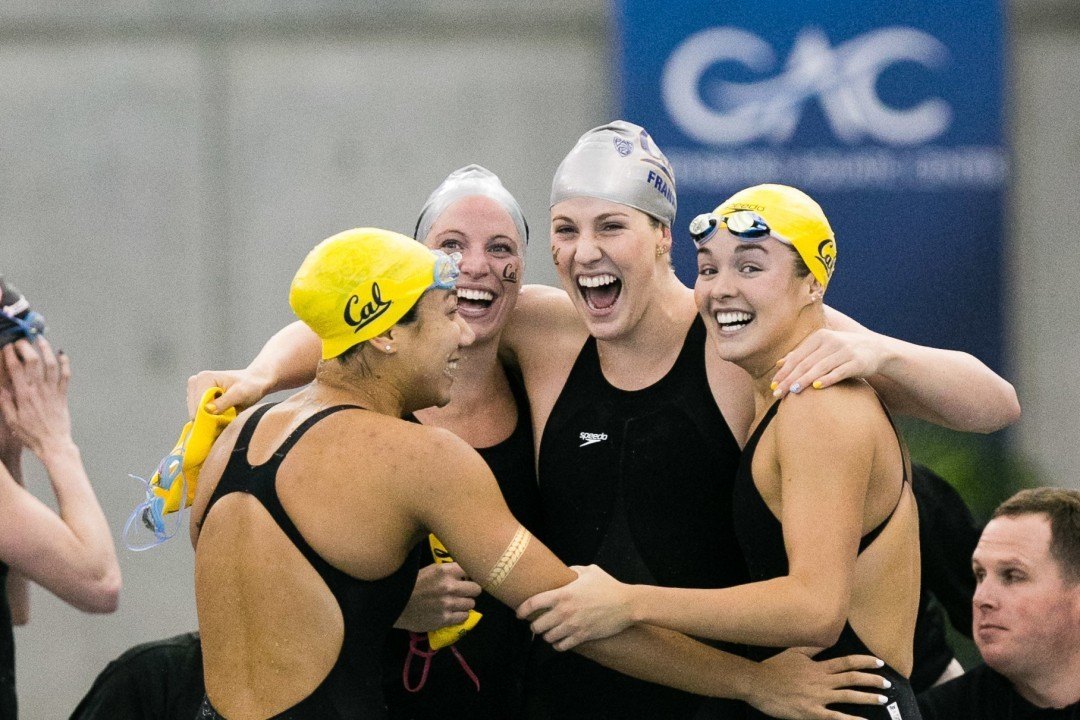 While day 1 of the NCAA Championships really played to Georgia's strengths as a roster, day 2 has been great for the Cal Bears, who are projected to take over the team points lead tonight. Current photo via Tim Binning/TheSwimPictures.com

While day 1 of the NCAA Championships really played to Georgia’s strengths as a roster, day 2 has been great for the Cal Bears, who are projected to take over the team points lead tonight.

Cal is set up to score 202 points based on their prelim places this morning, compared to 142 for Georgia. Georgia currently leads Cal by just 10.

Note: these projections do not include 3-meter diving, but do include seeded points in the 800 free relay.

Below, we’ve got a look at which schools moved up and down compared to their seeded places. Cal actually dropped 4 points from seeds, but could earn those points back with just one or two swimmers moving up in finals. Georgia continued to outperform its seeds drastically, picking up 32 points, the most of any program.

In addition, we’ve also got an early look at the final projected totals for each team with half of the meet’s 6 sessions now wrapped up.

Things should still be close, but this projection has Cal picking up the win by 43 over Georgia, points that Georgia’s diver Olivia Ball can’t make up all by herself. That means the Bulldogs will need to continue to move up from their seeded scores by quite a bit to put themselves in position to beat Cal on the final day.

Cal & Georgia are seeded almost identically on Saturday, with the ‘Dawgs projected to earn 143 points to Cal’s 136.

Meanwhile further down the line, we see Stanford in very solid standing for third, with Virginia projected to top Texas A&M for fourth. Louisville has also put itself into top-tier status, projected to really round out the top 6 teams, which look to be well ahead of the rest of the nation based on these scores.