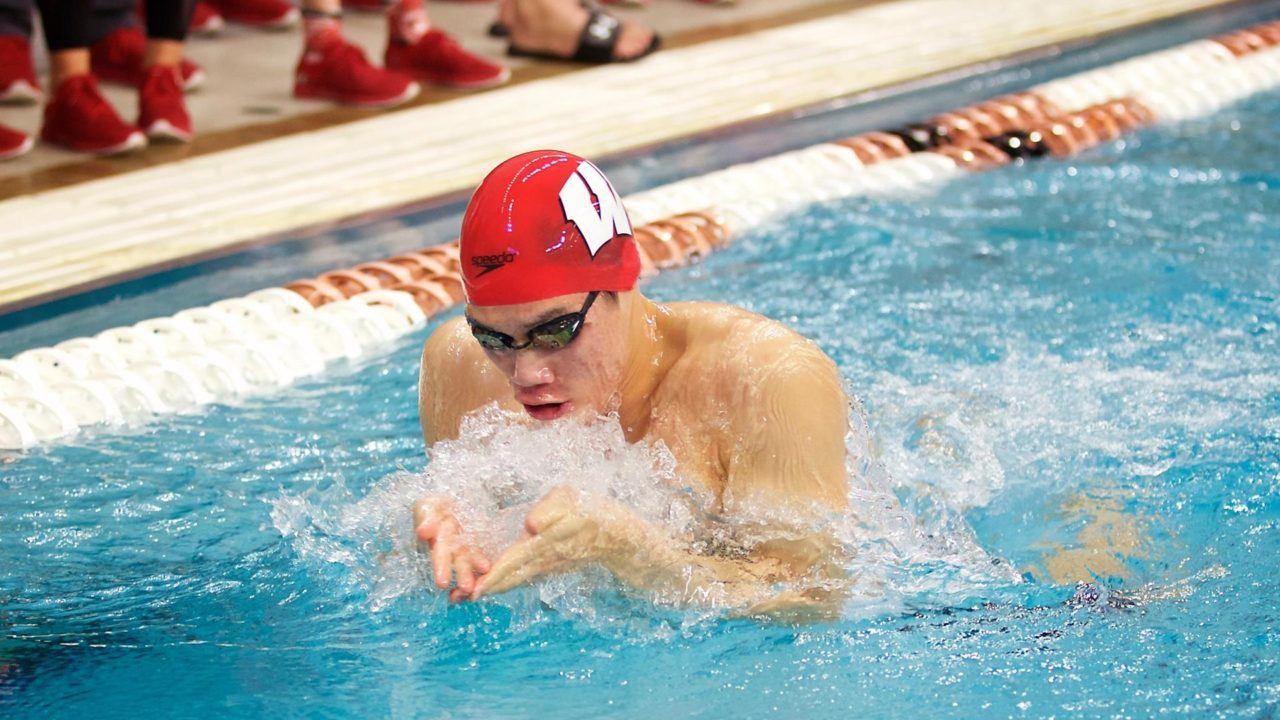 Jian "MJ" Mao has now dropped more than 5 seconds over the course of 2018 in the event. Archive photo via Wisconsin Athletics

Aside from the point-scoring relays on Wednesday to open up the 2019 Big Ten Men’s Swimming & Diving Championships, there were a pair of time trial events that both yielded likely NCAA qualifiers.

One came in the men’s 50 free, where Minnesota senior Bowen Becker flat-started a 19.00 as a follow-up to his 18.74 rolling-start in the 200 medley relay. That jumps him to 4th in the country this season. He’s been a bit slower this year as a senior than he was in the parallel meets most of last season, which holds again in this 50 so far: he was 18.69 in Big Ten prelims last year and 18.93 in finals to win the conference title, before going on to place 3rd at NCAAs.

This year, his biggest challenger in the conference will be Michigan sophomore Gus Borges. Borges was the only swimmer faster than Becker in the medley relay, splitting 18.40. In total, 7 of the 10 Big Ten medley relay anchors split 19.00 or better.

The other qualifier to come out of the time trials was Wisconsin sophomore Jian Mao in the 200 breaststroke. He swam 1:52.40, which ranks him 3rd nationally in the event.

That also crushes the old Wiscocnsin school record of 1:53.65 set by Nick Schafer in 2015. Mao’s previous best time in the event was a 1:55.14 mid-season; his best time coming into the season was 1:57.63 at last year’s Big Ten Championships.

Could have been worded better, but anyone knowing swimming would understand this…flat start the 50 free, and “rolling start” meant his free split on the medley.