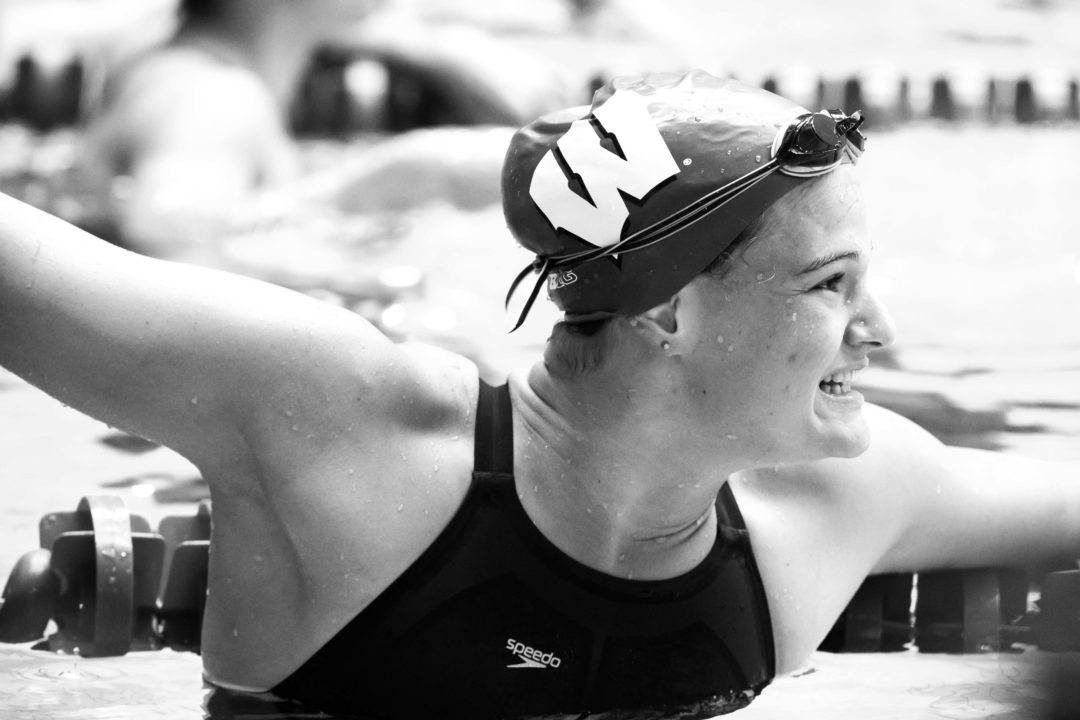 The University of Wisconsin has released its women’s schedule for the upcoming NCAA season. Their fall schedule is similar to... Archive photo via Mike Lewis/Ola Vista Photography

The University of Wisconsin has released its women’s schedule for the upcoming NCAA season.

Their fall schedule is similar to last year, though there are a few changes. Their first dual, which is usually with just Auburn, will feature another SEC team: the Tennessee Volunteers. Both SEC teams are very well-matched; UT was 4th at SECs last year, with Auburn 6 points behind at 5th.

Additionally, their dual with Georgia will be one day on Oct. 19th instead of the typical two day-meet in November, and their dual with Minnesota will be combined with their meet against Michigan taking place when the UGA meet usually is (Nov. 3rd-4th).

The Badgers’ only January dual will be a matchup with powerhouse USC in Los Angeles on January 15th, 2018. Their championship season starts with the B1G Women’s Championships in Columbus, Ohio, before NCAA’s take place (also in Columbus).

Wisconsin will be led by 2017 World Championships Team Member Cierra Runge, though the team will be hard-pressed to rebuild their sprint group after graduating Chase Kinney, one of the conference’s best sprinters the last few years.