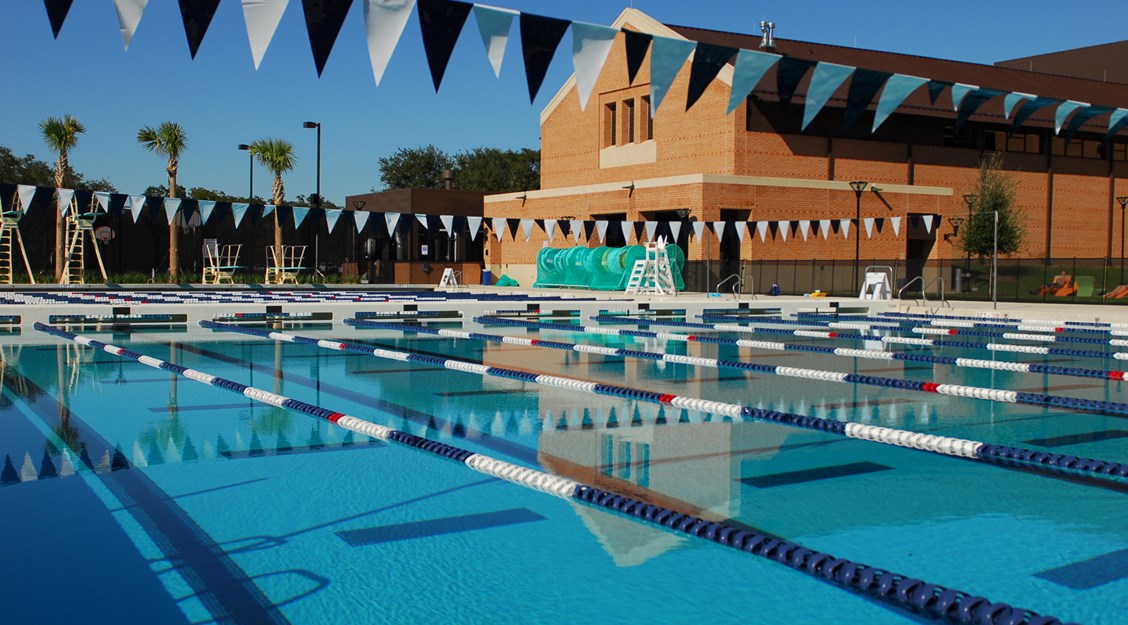 Ironically, the Rice Owls, the only D1 state in the team that regularly trains outdoors, have only missed 2 days of training because of the weather. Archive photo via Rice Athletics

The winter storm that roared through Texas earlier this week with record-setting snowfalls and cold temperatures has wreaked havoc on the state. A lack of food, water, electricity, heat, and plumbing supplies has left a dangerous situation for citizens across the state.

This is the backdrop for championship swim season in the state, with high school, club, and college teams preparing for their biggest meets in quite-some-time amid a catastrophic disaster that has left many of their homes damaged.

The storms have led to postponements of the AAC Conference Championship meet and Texas Girls’ High School State Championship meets. Both were initially pushed until early next week, when temperatures will rise into the 60s, but both have been postponed again because of the additional and lingering challenges brought on by frozen pipes.

Some of the state’s college teams have been spared from the worst complications in their preparations for championship meets. Incarnate Word had already departed for the CCSA Championships in Roanoke, Virginia and the Texas A&M women were already in Athens, Georgia for the SEC Championships when the storm hit.

The state’s 3 best college programs, though, all saw big chunks of time out of the water. The Texas A&M men, for example, last trained on Saturday before the storms hit, and were out of the water until Wednesday.

They were relatively-lucky as compared to their historic rivals at the University of Texas. The Longhorns have been out of the water all week as well, and right now are hoping to be back in the water on Thursday afternoon.

At the University of Houston, in the major Texas metro that is least-accustomed to freezing weather, the team has also been out of the water since Sunday. They plan to return to practice on Friday at an off-campus facility that is open. The Cougars got some reprieve when the American Athletic Conference Championships were pushed back another week, now being scheduled for February 25-27.

The Cougars are the four-time AAC Champions and last season qualified 5 swimmers as individuals to the NCAA Championship meet – the same number of qualifiers as the University of Texas.

In the northern part of the state, which is more accustomed to freezing temperatures and snow, swimmers who live on or near campus have been able to walk to the pool to practice, though the coaches have had more trouble getting to campus.

Perhaps the program that’s done best is the Rice Owls – ironically enough the only Division I program that swims outdoors full-time in the state. After a pre-storm swim on Sunday, the team took Monday and Tuesday off. The outdoor pool never lost power, so they were able to get back in the water on Wednesday and have been running afternoon practices, when the temperature rises above freezing.

The Rice women will begin competition in Atlanta at the Conference USA Championships next week, on February 24.

There are 8 Division I schools in the state of Texas that sponsor women’s swimming & diving, with 5 schools that sponsor men’s programs.

With the challenges of this season from COVID-19 safety protocols, though, most coaches across the country have gotten the chance to flex their creativity muscles this season. Making fast swimmers go fast under ideal, controlled conditions is one thing – with constant uncertainty and changing of plans, coaches this season have to be nimble and adjust on the fly. Those who do it the best will see the most success, and these weather challenges are just one more layer on top of an already-chaotic season.

Maybe Eddie will finally get to test that 2 week no swim taper he said he was scared to try.

There will be some surprising swims from the extra rest. Same happened when training was curtailed by the pandemic last year. If you’ve put in the work, rest will get the best results.

This is all Gavin N’s fault.