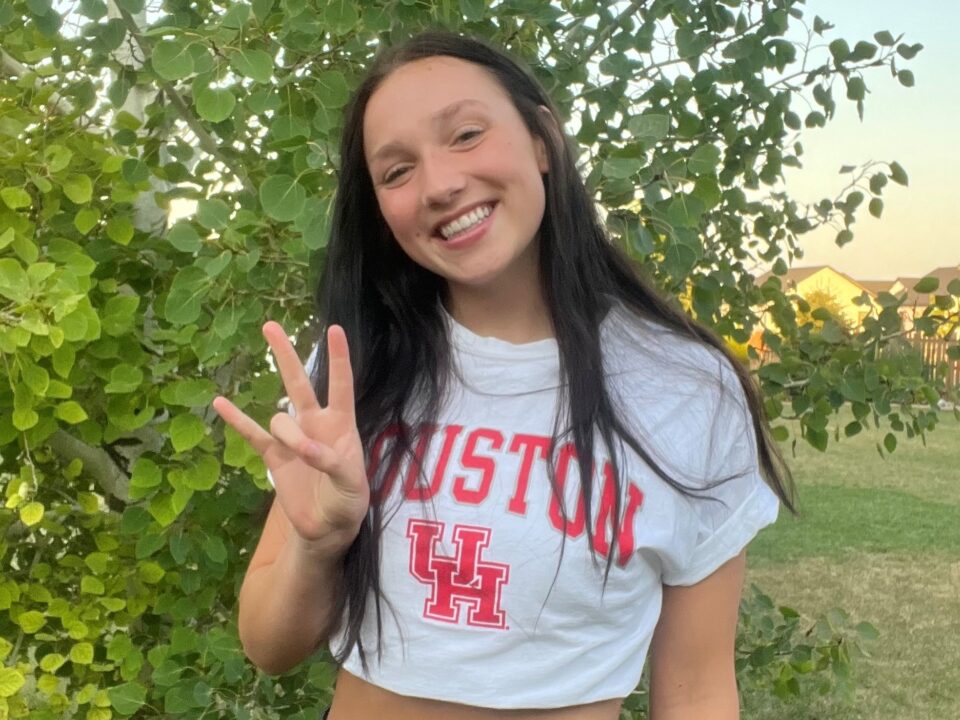 Tierney Howell, a Winter Juniors qualifier and North Dakota HS State record holder, has announced her verbal commitment to swim for the University of Houston. Howell is from West Fargo, North Dakota. She is set to arrive in Houston ahead of the 2023-2024 season.

I am excited to announce my commitment to the University of Houston where I will be furthering my academic and athletic career. I would like to thank my family, teammates and coaches for both believing in me and pushing me to achieve my goals. #GoCoogs

Howell swims for Sheyenne High School out of West Fargo, and the Northern Lights Swim Association in Moorhead, Minnesota. She specializes in sprint freestyle and butterfly. She has competed at several prestigious meets including Speedo Winter Juniors, Futures Championships, and Speedo Sectionals.

In her first three years of high school, Howell has received several honors including being named a high school All-American, and breaking the North Dakota HS State record in the 100 fly. Her record of 55.44 was set in 2020 at the North Dakota State Championships.

Most recently, Howell competed at the Minneapolis Futures Championships (LCM). There, she swam the 50 free, 100 free, and 100 fly. Her highest finish came in the 50 free, where she qualified for finals and ultimately finished 28th. Her time of 27.59 was a season best and less than half a second off her personal best from 2021.

The University of Houston currently competes in the American Athletic Conference (AAC). However, Houston is one of three AAC schools that is in the process of transitioning to the Big 12 conference. The move is scheduled to take place in the summer of 2023, ahead of Howell’s first season with the team.

In 2022, the Houston women won their 6th straight AAC Conference Championship. They finished with 866.5 points, coming in only .5 points ahead of second-place SMU, marking the tightest finish in conference history.

The 2021-2022 season was Tanica Jamison’s first year as head coach. Jamison lead the team to another conference championship, despite losing a number of athletes from the previous championship teams who followed Houston’s previous coach, Ryan Wochomurka, to Auburn.

When Howell arrives on campus in 2023, she will be joined by Megan Unruh, Evelyn Entrekin, Nora Hetyei, and Sydney Nethercutt. So far, all five 2023 recruits own times that would have A-Finaled at last year’s Big-12 Championships.