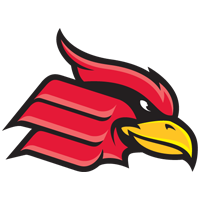 NCAA Division II Wheeling University announced that Fairmont State University Senior Associate Director of Athletics Patrick Snively will be taking over as the Wheeling Director of Athletics effective January 4th. In addition to serving in an administrative capacity for the Fairmont State Athletic Department for the past 20 years, Snively has also spent 20 years as the head coach of the men’s and women’s swim teams. Snively was also named to the College Swimming & Diving Coaches Association of America (CSCAA) Board of Directors this past June.

Snively’s influence in the role of Athletic Director for Wheeling is a positive sign for swimming fans. Wheeling cut its men’s and women’s swimming & diving programs back in 2017, then reinstated them in the fall of 2019. The impact of the Covid-19 pandemic on “non-revenue” sports, such as swimming & diving has been intense. Universities of all sizes across the country have cut swim & dive programs due to budget concerns. Having an NCAA swim coach of 20 years at the helm of the Athletic Department should go a long way in protecting the Wheeling Swimming & Diving programs.

During Snively’s 20-year tenure at the helm of the Fairmont State Swim teams, he led the Falcons to the 2018 women’s Mountain East Conference team title, marking the first conference title in program history.

In Snively’s soon-to-be absence, Greg Bamberger, Director of Athletics at Fairmont State, has named Sabrina Buhagiar as the interim head coach of the swim team.  Buhagiar has been serving as the associate head coach under Snively this season, and this is her 3rd season with the program.

Fairmont State hasn’t yet released their swimming schedule for the winter 2021 semester, although the MEC recently voted unanimously to start up winter sports beginning in January. The MEC swimming & diving championships, which are held in conjunction with the Great Midwest Athletic Conference, have been set for March 30-April 2nd.

Wheeling University, which was known as Wheeling Jesuit University until unaffiliating with the Jesuits in 2019, dropped its swimming & diving program in 2017 as the university faced dramatic financial issues. The teams were reinstated in 2019.

Congratulations ! You will crush this.