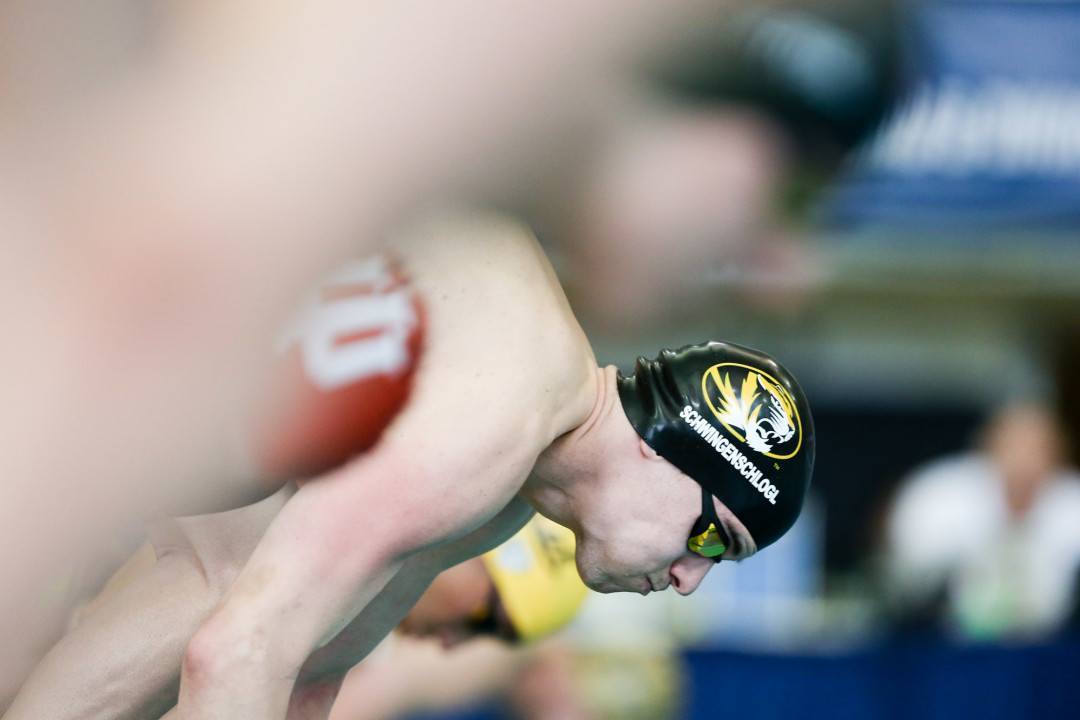 Fabian Schwingenschlogl went on to win an NCAA title in the 100 breaststroke at Missouri. Archive photo via Tim Binning/TheSwimPictures.com

The 2017-2018 NCAA swimming season marks a midway of the 5 year suspension of Western Kentucky University’s men’s and women’s swimming and diving programs, and a university spokesperson says that the program’s return is yet to be evaluated.

On April 14th, 2015, Western Kentucky announced that it had suspended its varsity men’s and women’s programs for 5 years and terminating all of the program’s coaches. That announcement came after a Title IX investigation into allegations by multiple former swimmers that the team partook in hazing and that the coaching staff knew about it and did nothing to intervene.

Further investigation revealed drugs in a house where the hazing was claimed to have occurred, as well as a “picture board” that included collages of highly intoxicated students in nude or partially nude positions, with at least one having a racial slur written on it.

When contacted, the school’s Associate Athletic Director for Athletic Communications and Media Relations Kyle Neaves says that the school “will evaluate the return of the swimming and diving program closer to the expiration of the five-year suspension.”

Neaves also says that the school has ramped up its effort to change the culture of the program. “We have greatly increased the emphasis in our discussions with our teams and student-athletes, both pre-season and in-season, on Title IX policy and the University’s strict no-hazing policy,” Neaves said.

Where are they now?

The cutting of the program meant that many coaches and athletes had the choice of ending their competing or coaching careers or picking up elsewhere. Those who decided to continue have spread across the county:

I truly hope I’m wrong . . . but I think continuing to call this a “suspension” is generous and this program will never be back. It will be no different than having to start a program from square 1, and I’m not going to hold by breath.

With the way swim programs are getting cut now… I honestly don’t see this program coming back. Sad, but true.

“will evaluate the return of the swimming and diving program closer to the expiration of the five-year suspension.”

That sure isn’t giving any alumni and friends of the program a whole lot of hope.