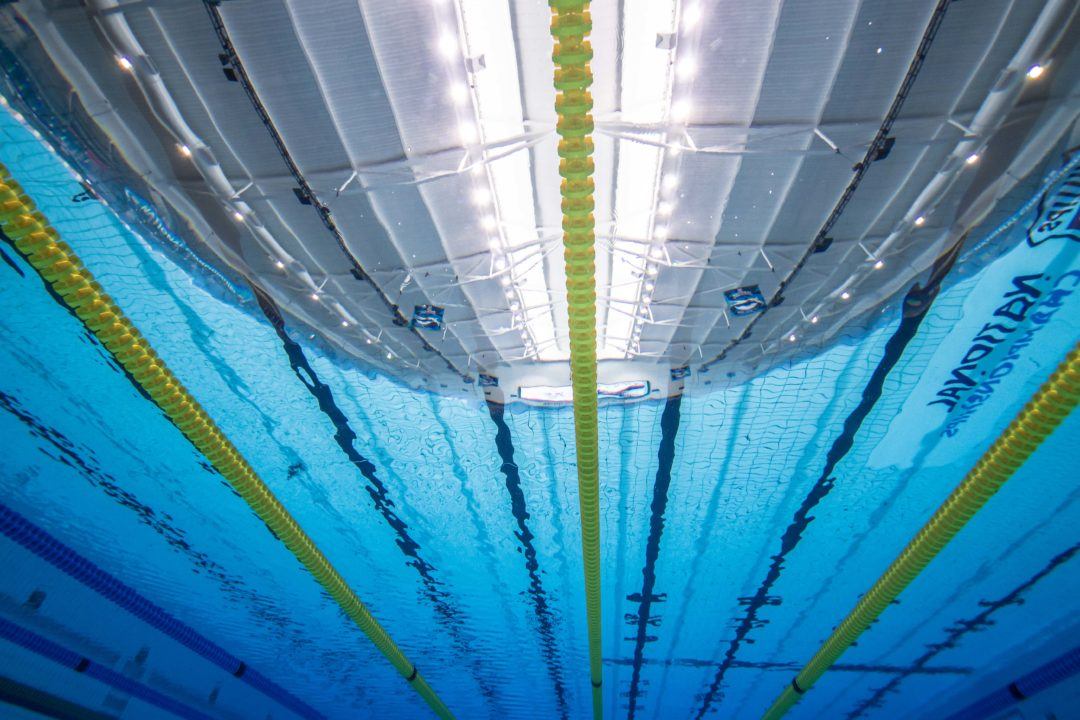 The Western Illinois women earned their first win of the season in an 8-point victory over Truman State, while the Truman State men won their dual meet. Stock photo via Mike Lewis/Ola Vista Photography

MACOMB, Ill. — Western Illinois swimming and diving honored the program’s seven total seniors and five of them won events in a dual meet against Truman State on Saturday (Jan. 25) inside Brophy Hall. The Leatherneck women’s squad registered its first victory as a team this season.

“I was very happy with today’s results,” head coach Scott Johannsen said. “We got to recognize our seniors and thank them for their contributions. It was a fun day.”

For the Western Illinois women, senior Miranda Mathus logged first in the 100-back (1:02.6). Her teammate Olivia Leslie finished in second place with a time of 1:02.81.

Both the Leatherneck men’s and women’s teams travel across the state to Charleston, Ill., for events on Saturday (Feb. 1). The men have a dual with the host Panthers while the women are participating in a tri-meet with both Eastern Illinois and Butler (1 p.m. start).

The team will be back in action at the GLVC Championships in Crawfordsville, Ind. from February 12-15.

For the second straight day, the team of Emma Brabham, Natalie Galluzo, Kaylee Sisson and Maggie Hickey finished first in the 200 medley relay with a final time of 1:51.15. Galluzo also finished first in the 200 freestyle with a time of 1:59.46. Maddie Wilson finished second in the event at 2:01.95. Allison Garrett won the 100 IM at 1:01.81 and Sarah Nelson finished second at 1:02.43. Brabham won the 100 butterfly at 1:00.62. Truman took the top three places in the 500 freestyle with Megan Mensinger finishing first, Brooke Beahan second and Sisson third.

The team will be back in action at the GLVC Championships in Crawfordsville, Ind. from February 12-15.