Wesleyan Takes on Coast Guard in, “Battle of Connecticut” 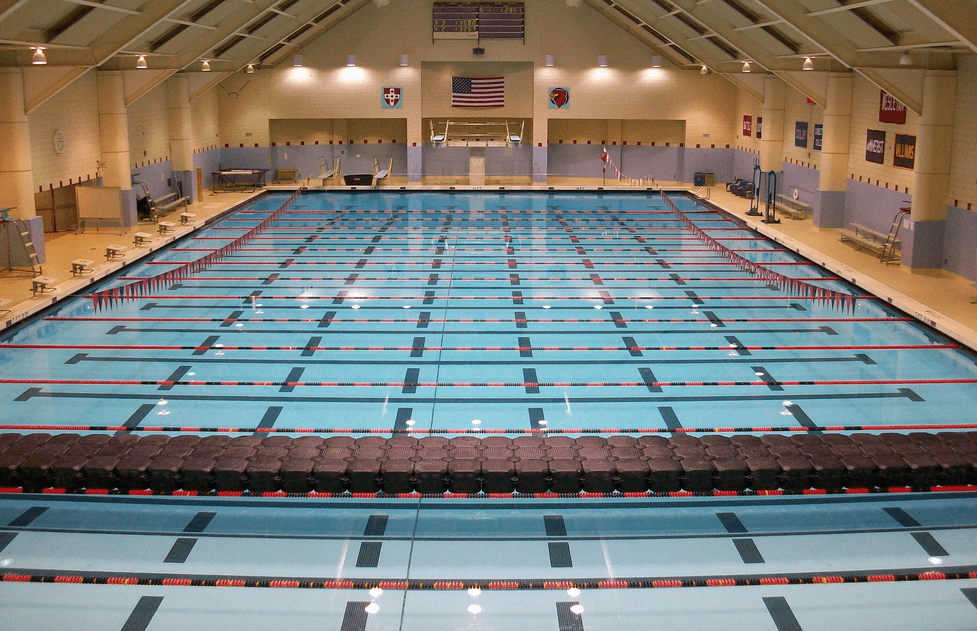 Just two weeks before hosting the 2015 Women’s NESCAC Swimming & Diving Championship, the Wesleyan Women topped Coast Guard by 69 points – winning their senior meet. On the men’s side, The Coast Guard Academy made good use of its depth and prevailed over the Cardinal men by 80 points.

“We’re definitely ready for taper.” Wesleyan sophomore Serena Zalkowitz said – alluding to her aching legs and missing “the cows coming down from the mountain” – a start-to-winter tradition that the Switzerland native watched via webcast in her hometown. Even with no descending cows in sight, Serena would post the fastest freestyle relay split of the meet – a quick :25.28 during her anchor leg of the first event, the women’s 200 yard medley relay. She would later take 3rd place in the 50 yard freestyle with a time of :26.08 – just touched out by Wesleyan freshman Corinne Noonan who swam a time of :26.01.

Wesleyan Senior Angela Slevin played a crucial role for the lady cards., winning the 1000 yard freestyle, the 100 back, the 200 back, and the 200 medley relay. Another key contributor to the Cardinals’ success was superstar senior and Alexa Burzinski – who rocked both the 100 and 200 yard butterflies, posting times of 1:02.66 and 2:16.75, respectively. Fellow senior Rachel Hirsh posted a meet-best time in her breaststroke leg, swimming a :31.37, but later fell to teammate and freshman Luisa Chan in the 100 yard breast – Luisa taking first with a time of 1:08.75.  Rachel would come back to win the 200 breast with a time of 2:30.46.  Freshman Lauren Conte took first place in the 500 yard freestyle with a time of 5:28.71 – winning by nearly 15 seconds.

The Coast Guard men, evenly well-versed in sprinters and distance swimmers, ended with an 80 point win over the Cardinals. Senior Christian Brindamour started off by anchoring the “A” relay with a quick :21.15. Christian shaved about a quarter of a second off his relay time, and won the 50 free with a :20.84. Christian also took first in the 100 free.

Follow the Cardinals as the Women compete at home for the NESCAC title from February 13-15 while the men hit the road up to NESCACs at Middlebury College, from February 20-22.

Check out both the Coast Guard men and woman as they take on the rest of the NEWMAC during championships held at WPI, from February 19-22.