Gardner-Webb Splits Dual with Davidson on their Senior Day 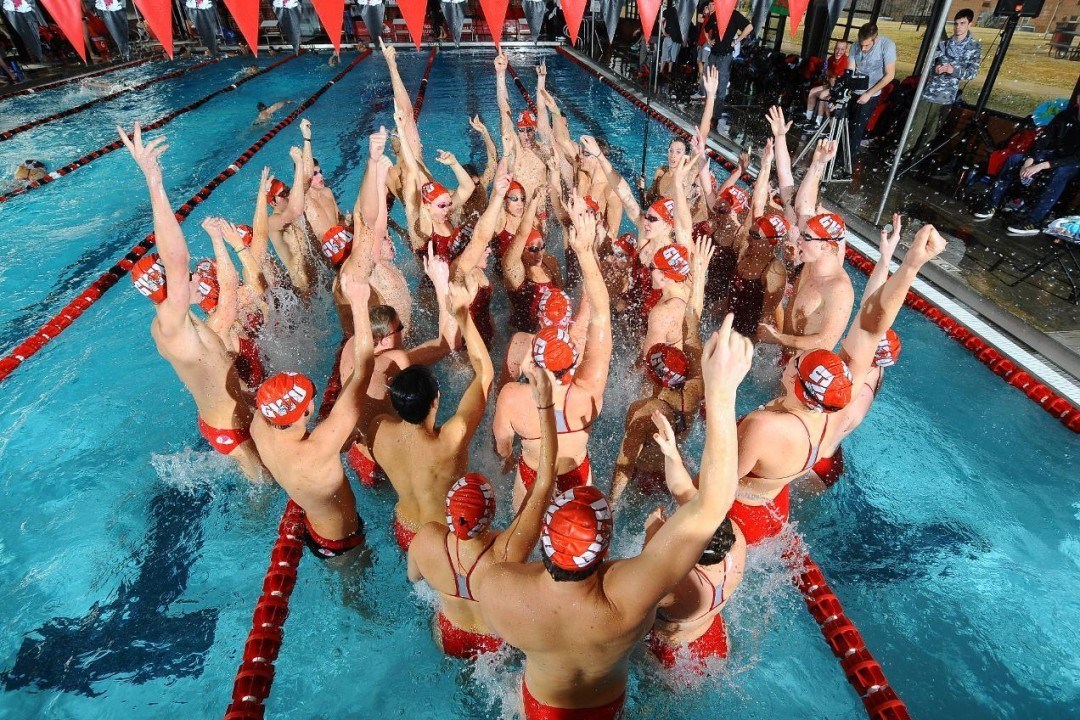 This was the last dual meet for both Davidson and Gardner-Webb. Current photo via Gardner-Webb Athletics

Gardner-Webb hosted Davidson for GWU’s senior day, which also marked the final dual meet for both teams this season. In a hotly contested meet on both the men’s and women’s sides, with plenty of races coming down to the hundredths, the Davidson men came out on top, 145-117, while the Gardner-Webb women edged Davidson 138-124.

While the Runnin’ Bulldogs of Gardner-Webb ended up on top in final scores, Davidson sophomore Elise Lankiewicz had the strongest showing of any swimmer on the women’s side, taking three events individually as well as contributing to a winning relay. Lankiewicz first won the 1000 free with a time of 10:17.33, well ahead of 2nd place finisher Lauren Oglesby of Gardner-Webb (10:26.17). The sophomore also won the 500 free (5:04.43), touching over eight seconds ahead of Oglseby again (5:12.80), and took home the victory in the 200 fly (2:07.20) by almost two seconds. Lankiewicz swam to a sub-24 split in the 200 free relay, clocking a 23.52 as the third leg to help propel the Wildcats to a victory. She was the fastest split in the field and the only swimmer to break 24 seconds.

The other double winner for Garnder-Webb was Lili Toth, who took top honors in both the 100 backstroke and the 200 breaststroke. She won the 100 back by a landslide (57.14), over two seconds ahead of the next best competitor. The 200 breast was one of the many races that came down to the touch, and Toth was able to sneak past Wildcat Sara Coats, touching in 2:25.24 to Coats’ 2:25.39.

Davidson and Gardner-Webb each picked up a couple more individual wins here and there, but it was the Runnin’ Bulldogs who came out with the win in both teams’ final meet on GWU’s senior day.

The Davidson men locked up both relays, as well as each of the backstroke and breaststroke races, en route to a win over Gardner-Webb. The double-winner for the Wildcats was Luke Burton, who took the 100 backstroke (50.30) as well as the 200 backstroke (1:48.38), winning the latter by almost three seconds.

Gardner-Webb has the CCSA Championships, while the Wildcats will face the Atlantic 10 conference in their first year after leaving the CCSA.