Wellbrock Takes 10k OW German Title After One Week Back 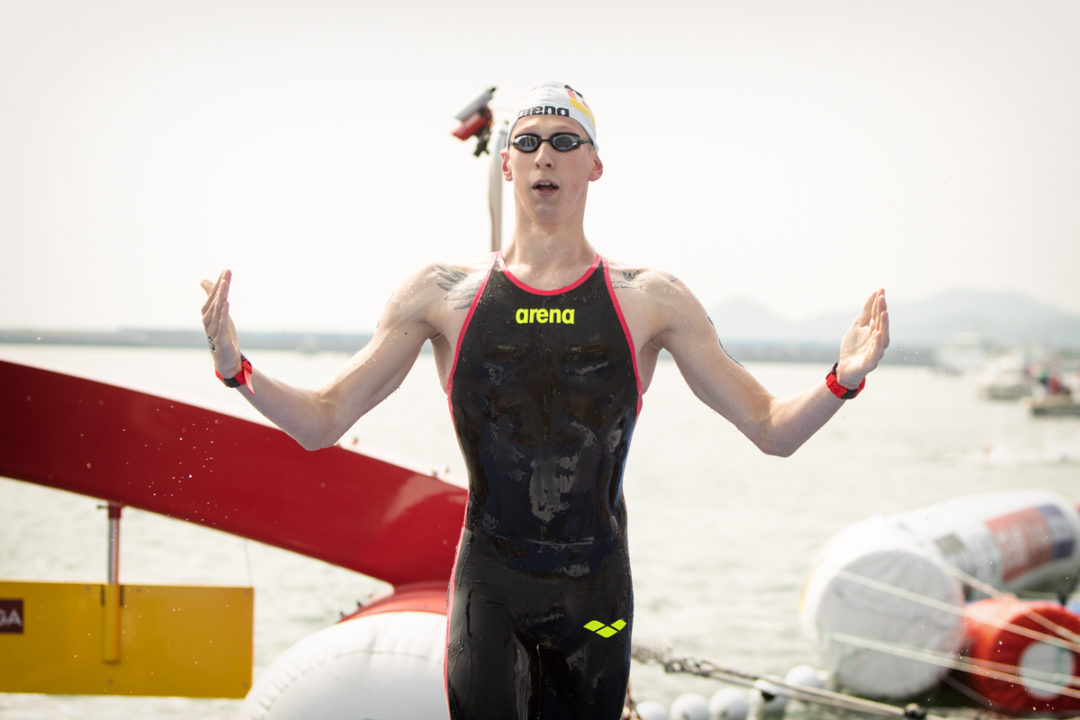 After celebrating his 26th birthday on Wednesday of this week, the freestyle ace snagged the 10k victory on day 1 here of these championships, stopping the clock in a time of 1:57:56.18. That rendered Wellbrock the gold medalist ahead of fellow Germans Oliver Klemet and Aaron Schmidt, who finished with the silver and bronze, respectively.

Wellbrock, the man who made history in Gwangju last year by taking the 10k and 1500m free gold, said after his open water win here, “After only one week of training it was really tough. I knew I wasn’t going to feel particularly comfortable.”

Coach Bernd Berkhahn confirmed that his squad “had just taken a two-week break from the season and have only been back in the water since Monday – now the Olympic season really starts for us.

“This [German OW Championships] competition suits us very well. The last open water race was in Doha in February, so it was a while ago,” said Berkhahn.

“Of course we would have loved to swim at the Italian championships [roughly 2 weeks ago]. But traveling is still associated with too much risk for me.

”During the coronavirus pandemic, minimizing the potential for contagion plays a major role in all of the plans of the DSV national coaches. This is another reason why Wellbrock is starting the Olympic season here.”

The Magdeburg squad now heads out to a 4-week altitude training camp.

I don’t think it was a national championship. It was just one open water competition!