Where to Watch the NCAA Division I Championships 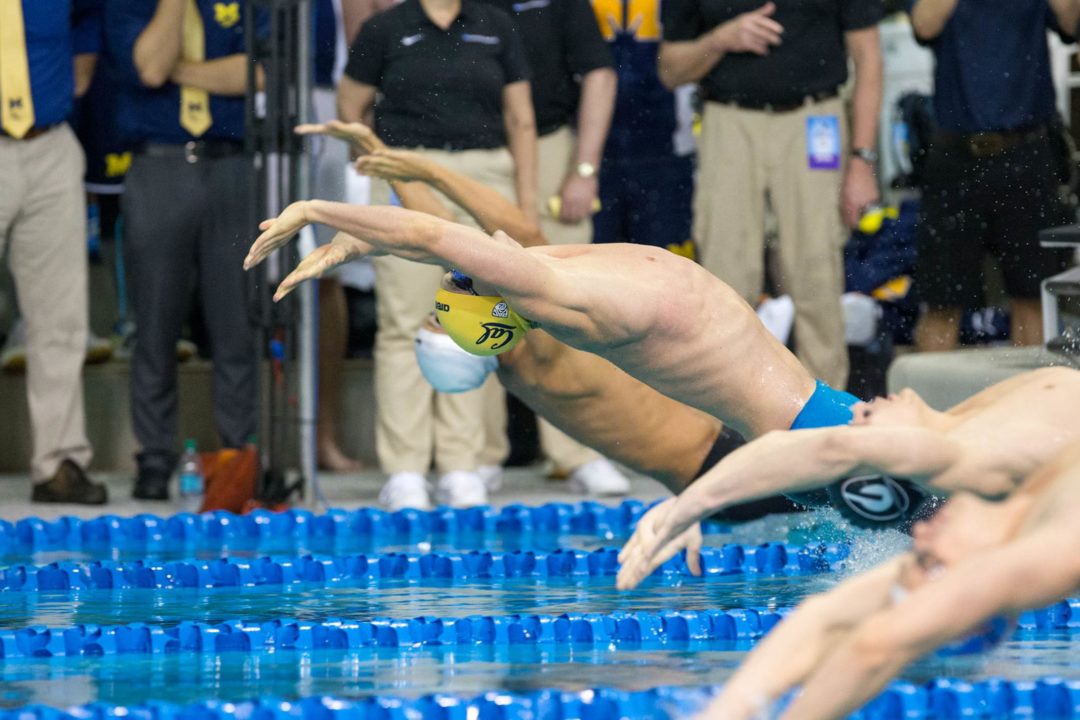 ESPNU will air both the men's and women's NCAA Championships on a tape delay. Archive photo via Tim Binning/TheSwimPictures.com

If you cannot make it to Greensboro, North Carolina, or Iowa City, Iowa for the women’s and men’s NCAA Division I Championship Meets, respectively, here’s how you can watch.

‘The women’s selection show, where the 281 swimmers and 41 divers who will compete at the meet will be announced,  will be streamed live on the NCAA website on Wednesday, March 4th beginning after 2 p.m. ET.

ESPN will stream the finals from night two, March 20th, and night three, March 21st, on ESPN3 beginning at 7 p.m. each night.  ESPNU will air all of the finals on a tape delay on March 31st at 6 p.m. ET. Program your DVR’s.

The men’s selection show, where the 235 swimmers and 35 divers will be picked, will also stream on the NCAA website on March 11th beginning after 3:30 p.m. ET.

Like the women’s meet, ESPN will stream the second and third, nights of the men’s championships, March 27th and 28th, on ESPN3 beginning at 8 p.m. ET each night.

So no day 1 coverage? Usually there’s at least a pathetic local video feed on day 1.

last year, we streamed from UT’s website, right? Is that bc the university chose to stream it? Is it possible that Iowa would stream the prelims as well as whatever isnt covered by ESPN?

calswimfan – that is possible, but unfortunately it’s hard to know until it comes around. Ian (author of this post) is a student at Iowa, so we’ll have him knock on some doors and see what he can find out.