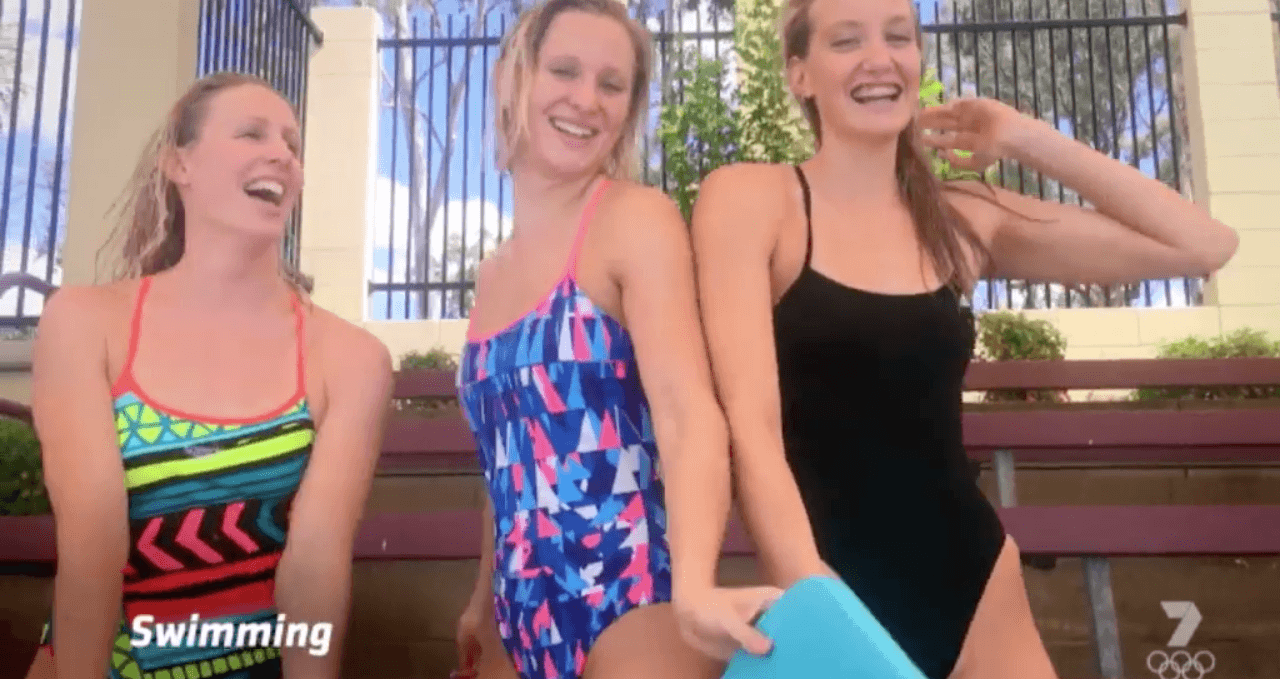 The Australian athletes are getting pumped for the road to Rio by honing their lip sync skills. The video, produced by the Australian news network Channel 7, features the Aussie rugby, synchronized swimming, women’s football (soccer), and water polo teams, along with athletes from the Australian swimming, BMX, athletics, and cycling programs.

Come with us Australia. The road to Rio #7Olympicshttps://t.co/RK3Jy0aajC

Swimmers featured in the video include Bronte Barratt, Maddie Groves, and Madi Wilson. The music featured is “Where I’ll Stay” by Jessica Mauboy.

The Aussie swimmers are still a couple of weeks out from Australian Swimming Championships April 7th through 14th. This year’s qualification standards are slower than usual, but we can still expect the Aussie team to be one of the most formidable swimming powerhouses going into the Olympics this summer. Channel 7 will provide video coverage, and, as always, we’ll also be bringing you coverage of the meet.

And, while the video is definitely pretty cool, let’s not forget which Olympic team has the best greatest lip sync video of all time on lockdown.

Put it on you tube