Watch: All of Dressel’s Records Through Day 3 of 2018 NCAAs in HD 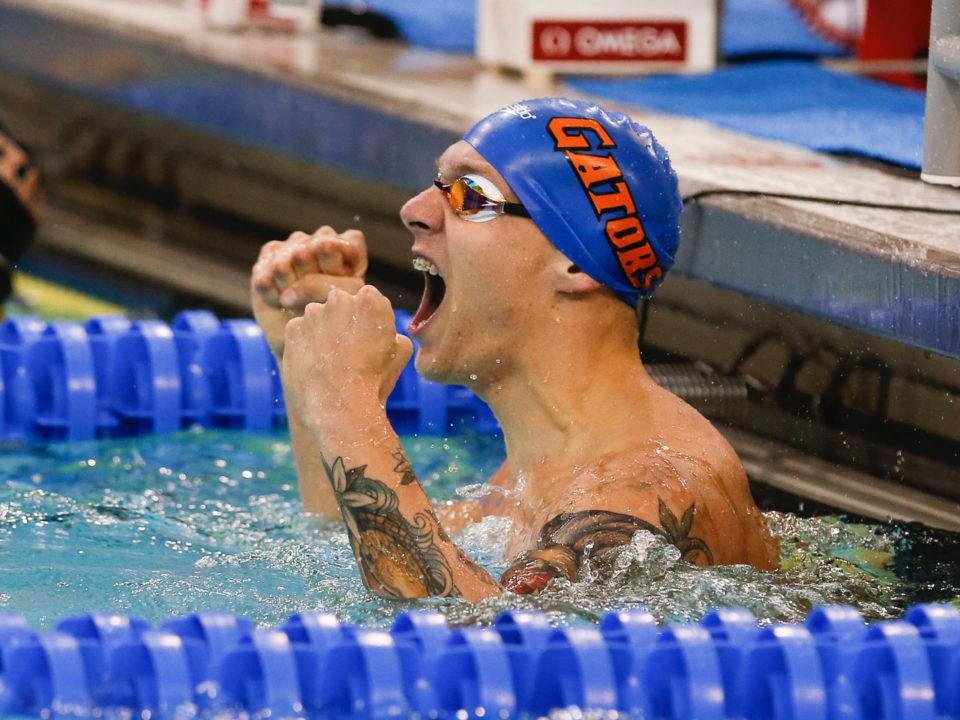 You can watch all four of Caeleb Dressel's record-breaking swims (so far) in HD, courtesy of ESPN.

We know swim fans everywhere have been dying for high quality videos of Caeleb Dressel breaking record after record, and ESPN has been kind enough to oblige.  You can watch below to see Dressel smash barriers in the 50 free (three separate times in the same day) and the 100 fly.

There was no question about this race from 15 meters onward. Caeleb Dressel has the best burst in swimming, and he showed it, going out in 19.99 and finishing in 42.80 to become the first man ever under 43. That’s the second major barrier he’s broken this week, and he gets a chance at #3 tomorrow in the 100 free.

The only thing better than witnessing history is witnessing it twice.

Spectators of tonight’s meet got to see perhaps the most impressive night of short course swimming in world history, as Florida’s Caeleb Dressel re-lowered his own American record, going 17.63 to become the first man ever under 18 seconds in a flat start 50 free – twice in one day.

Dressel’s 17.63 takes two tenths off his already-insane 17.81 leading off the relay earlier and only cements what swimming fans have been thinking since at least this meet last year – Dressel is a generational talent and the greatest yards swimmer in history.

The biggest fireworks came at the beginning, with Caeleb Dressel shattering perhaps the most hallowed barrier in swimming: 18 seconds in a 50 free. Dressel led off in an insane 17.81, staking Florida to such a massive lead that no other team could come back, even as only one of Florida’s remaining swimmers broke 19. Dressel’s time annihilates the American, NCAA and U.S. Open records and makes him the fastest in history by seven tenths of a second.

Florida would hang on to win the relay in 1:14.39, holding off a surging NC State by just over a tenth.

Nice! Thanks for posting! Who cares about the bracket, Dressel swims tomorrow!

Oh my! And this doesn’t have his low 17 flying start from relay. Expect two more vids to add from the 100 free…. best meet ever!

Actually all the race videos appear to be posted!