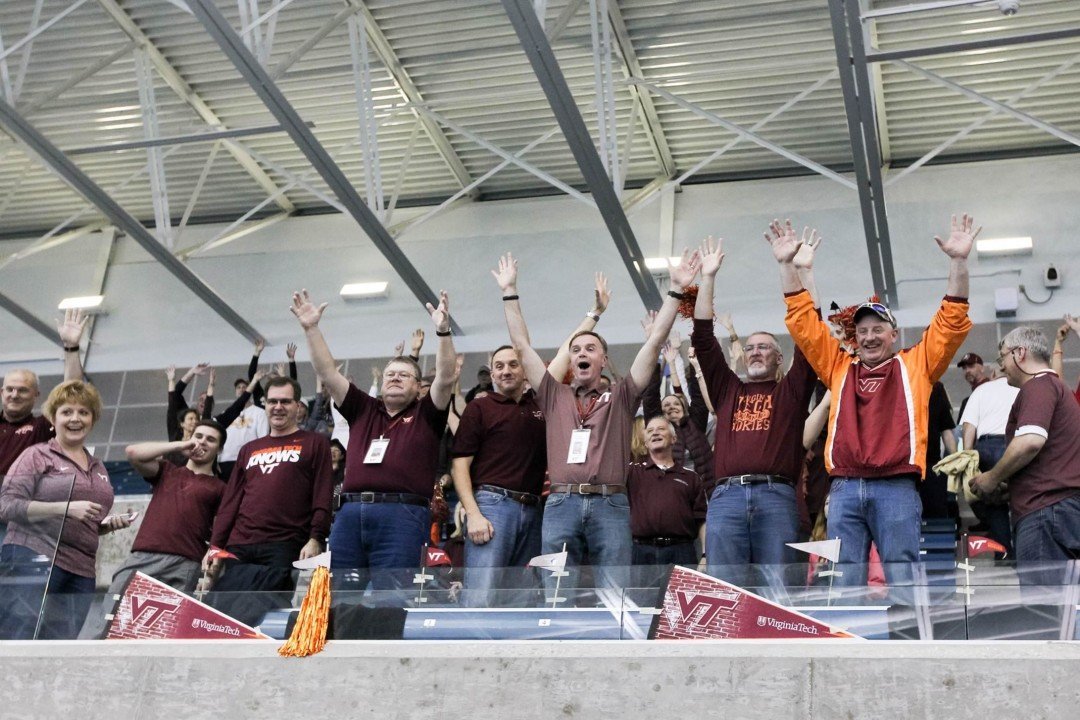 Virginia Polytechnic Institute is off to a quick start building its class of 2022. After first hearing from Alex Wright and Keith Myburgh, the H2Okies received verbal commitments last weekend from Dylan Eichberg and Ben Hicks.

“I am thrilled to announce my commitment to swim at Virginia Tech.  I chose this school because it fits my needs academically and athletically.  The coaching staff and team were welcoming and I look forward to being a Hokie.”

Fredericksburg, Virginia-native Eichberg is a junior at Stafford Senior High School. At the 2017 VHSL 5A State Meet in February, he was runner-up in the 200 IM and placed fourth in the 100 fly. In 2016 he was fourth in the IM and seventh in the 500 free. Eichberg does his year-round swimming with Rappahannock Y Swim Team. A USA Swimming Scholastic All-American, he is a Summer Juniors qualifier in the 200 fly and a Winter Juniors qualifier in the 100 fly, 200 free, and 200/400 IM.

Eichberg recently updated most of his SCY times at the NCSA Spring Championship in Orlando. He placed 7th in the 200 IM, won the consols of the 200 fly, and also finaled in the 200 breast and 400 IM. His top SCY times include:

“I chose Tech because of the beautiful campus, excellent facilities, and supportive team. I’m very excited to see what I can do at Tech and I’m ready to be a part of the family. Go Hokies!”

Hicks is from New Market, Maryland, and swims for Monocacy Aquatic Club in Frederick. He specializes primarily in back and IM. At the Maryland Swimming Senior Championships in February, Hicks was runner-up in the 100 back and third in the 400 IM. He was a member of MAC’s winning 200 medley and 400 medley relays, and he placed 14th in the 100 breast.

Hicks has a Summer Juniors standard in the 200 back and Winter Juniors cuts in the 100 back and both IM distances. His best times are: