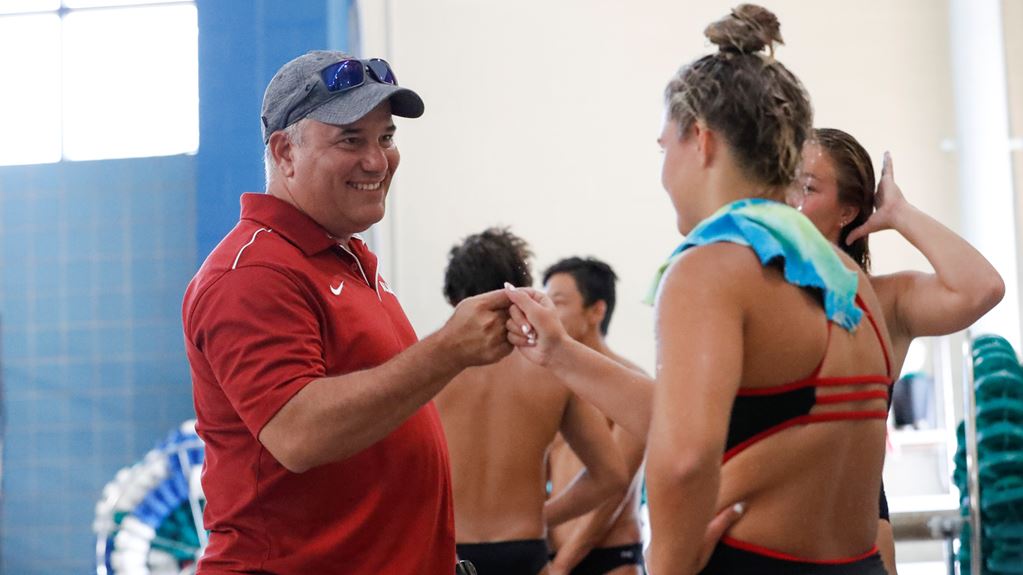 One of the most active offseason for the NCAA diving coach carousel in recent memory continued on Tuesday when Virginia Tech announced the hiring of Rio Ramirez as their new head diving coach. Ramirez replaces Ron Piemonte, who announced his retirement in May after 36 years of coaching, including 15 with the Hokies.

Ramirez was most recently at the University of Alabama for one season in 2019-2020. He was part of a run of three diving coaches in the last three seasons in Tuscaloosa, preceded by Chuck Wade and followed by Jesse Lyman.

“I am truly excited that coach Rio Ramirez has accepted to be our new head diving coach,” Virginia Tech head swimming & diving coach Sergio Lopez Miro said. “Before I spoke with Coach Rio for the first time, I watched a video of his induction into the University of Miami Hall of Fame, and I really felt that Rio is the type of person that we want to have coaching here at Virginia Tech.“After talking with him the first time and understanding his professional and personal experience as a diver, coach and individual, I had no doubt that he was the right person to lead our diving program and to help not just the divers, but the swimmers and the whole coaching staff to keep moving toward the top in the conference and nationally.”

Prior to Alabama, Ramirez was a five-time conference coach of the year in seven seasons at Florida International University. That included coaching two of the three Division I All-Americans in swimming & diving program history at the time of his departure: in 2019, freshman Maha Gouda placed 8th on platform at the NCAA Championships, and in 2017 junior Rebecca Ouesnel finished 3rd on platform at the NCAA Championships.

As an athlete, Ramirez is a four-time NCAA champion during his career at the University of Miami where he broke the NCAA Championships record off the platform (901.60 points).

In Ramirez’s one season as the Alabama head diving coach, the men’s team scored just 64 diving points across the 3 disciplines. Only Georgia (37 points) scored fewer in the conference. The Alabama women, which finished 7th as a team, scored 41 points in diving.

He arrives at Virginia Tech with much more in the cupboard to work with, although there is some rebuilding to be done to get the diving program back to its historical best. The men’s program, which finished 3rd as a team at ACCs and within 100 points of the champions from Louisville, scored 94 diving points as a team: 4th best in the conference. The highest scorer, Noah Zawadzki, finished in the top 5 on both 3 meter and platform at ACCs last season. The program also returns rising juniors Jose Perreault and Taj Cole, who scored 22 and 21 points respectively at ACCs last season.

The Virginia Tech women were 4th as a team, and were only mid-pack among diving points at ACCs, but should return all of their scoring divers – rising seniors Teagan Moravek (44 points) and Izzi Mroz (38 points).

During his collegiate career, Ramirez was one of the nation’s best divers, capturing the NCAA 1-meter title from 1997-99 and the platform championship in 1999. His resume while competing for Team USA includes a Pan-American Games title in 1991, winning the USA National Synchronized 3-meter title in 2000, a first-place finish at the 2000 FINA Grand Prix off the 1-meter board and a third-place finish at the 2000 USA Olympic Diving Trials.

He was inducted into the University of Miami Athletics Hall of Fame in 2014.

Welcome to the Hokie Family Rio!

Noah will be a Senior next season