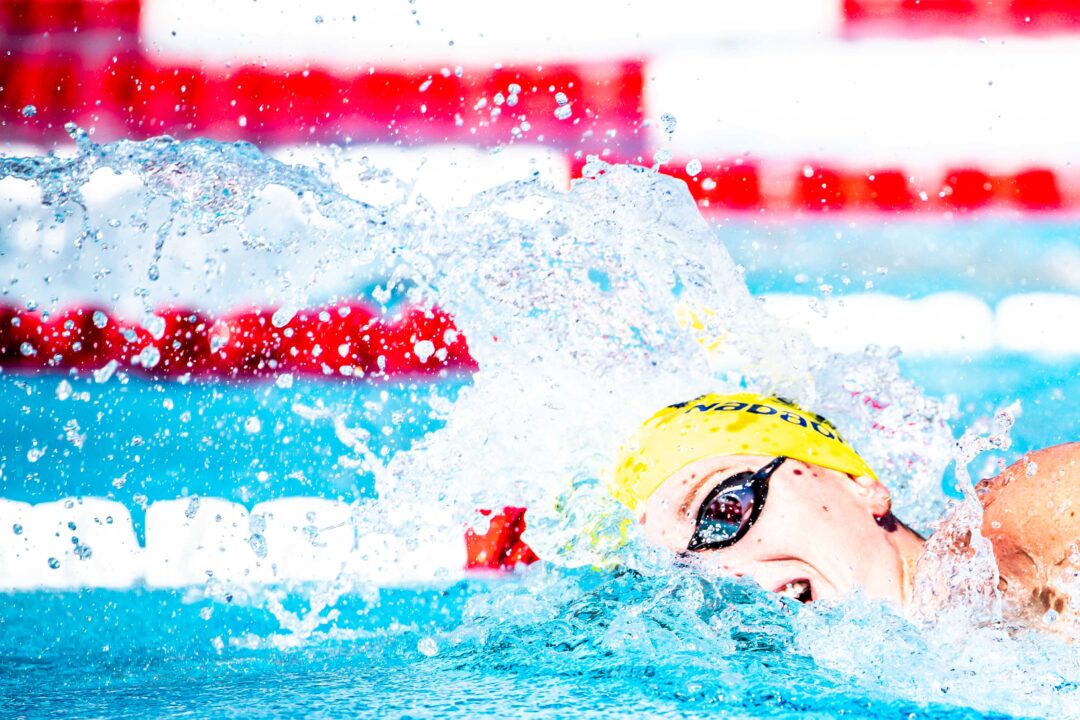 It was her first sub-8:30 of the year, and she couldn't have asked for a better time to post the swim. Stock photo via Jack Spitser/Spitser Photography

The final day of the Speedo Grand Challenge saw yet another 11-12 NAG Record fall at the hands of La Mirada Armada 12-year-old Kayla Han. This time around, Han swam an 8:50.58 in the 800 free, taking 3rd in the race. The swim shattered the previous NAG, which was held by Isabella Rongione, by nearly 5 seconds.

Haley Anderson won the women’s 800 in a new season best of 8:28.84. It was her first sub-8:30 of the year, and she couldn’t have asked for a better time to post the swim. Anderson will likely be the 9th seed in the women’s 800 free at Trials, and she has the 4th-fastest lifetime best of the field. It will take a similar performance to this one for Anderson to make the final at Trials in this race.

Keeping on the distance vein, Mission Viejo Nadadores swimmers Michael Brinegar and Will Gallant posted a 1-2 finish in the men’s 1500. Brinegar won the race in 15:12.98, marking his top performance of the season. He boasts a 15:00.82 lifetime best, and like Anderson, should be feeling good about this performance two weeks out from Trials. Gallant, on the other hand, couldn’t have asked for am better race heading into the big meet. He touched 2nd in 15:18.09, marking a lifetime best. His previous best was 15:18.39 from 2019.

USC swimmer Isabelle Odgers continued to have lifetime best performances on day 3. Odgers took the women’s 200 breast in 2:27.67, dipping under 2:28 for the first time in her career. The swim was also her first sub-2:30 of the year, indicating that Odgers is another swimmer who is ramping up well as the Trials rapidly approach.