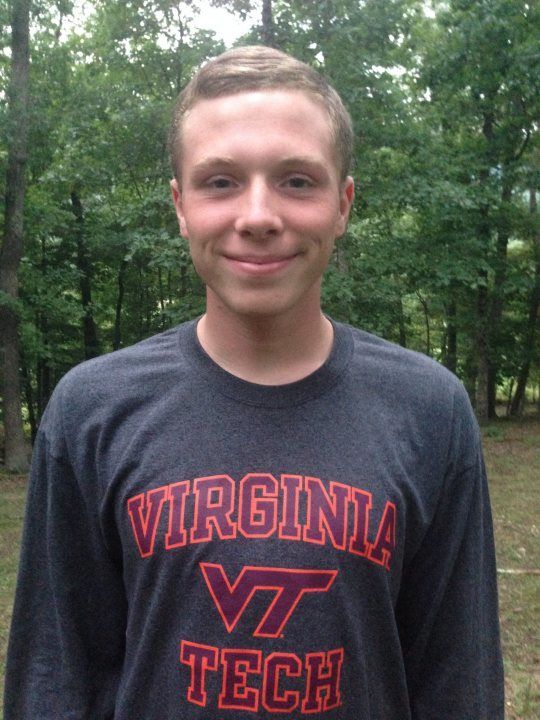 William Byrd High School senior Michael Craddock has given a verbal commitment to Virginia Tech to join the Hokies with the 2015-16 season.

Craddock specializes in breast, IM, and distance freestyle events, and his top times in the 200 breast, 400 IM, and 1650 would have made the top-5 list for the Hokies in the 2013-14 season. A member of Virginia Gators, Craddock had a breakout meet at the NASA Junior National Championships last March, going:

While long-term, Craddock could go many different directions, his biggest impact individually as a freshman could come in the 1650 free – an event where overall the ACC is fairly limited on depth. His best time would have placed 13th at the ACC Championships last year in that race, for 14 big points, and he has two full short course seasons to get better before he races his first ACC Championship.This should be particularly helpful for the Hokies as their top three breast/IM specialists are all seniors this year. Virginia Tech men’s team won their first-ever ACC championship this past season, beating NC State by 38.5 points. In a very balanced conference like the ACC, individual scorers of any kind are very valuable.

I think it’s awesome that SwimSwam posts these articles about young athletes and their college choices! For an international star like Katie Ledecky, it would be expected, but for regional/Jr National star it must feel amazing to get such recognition for their hard work!

Congrat’s to Michael! It must be wonderful to go into your senior year of high school with college applications and decisions out of the way!