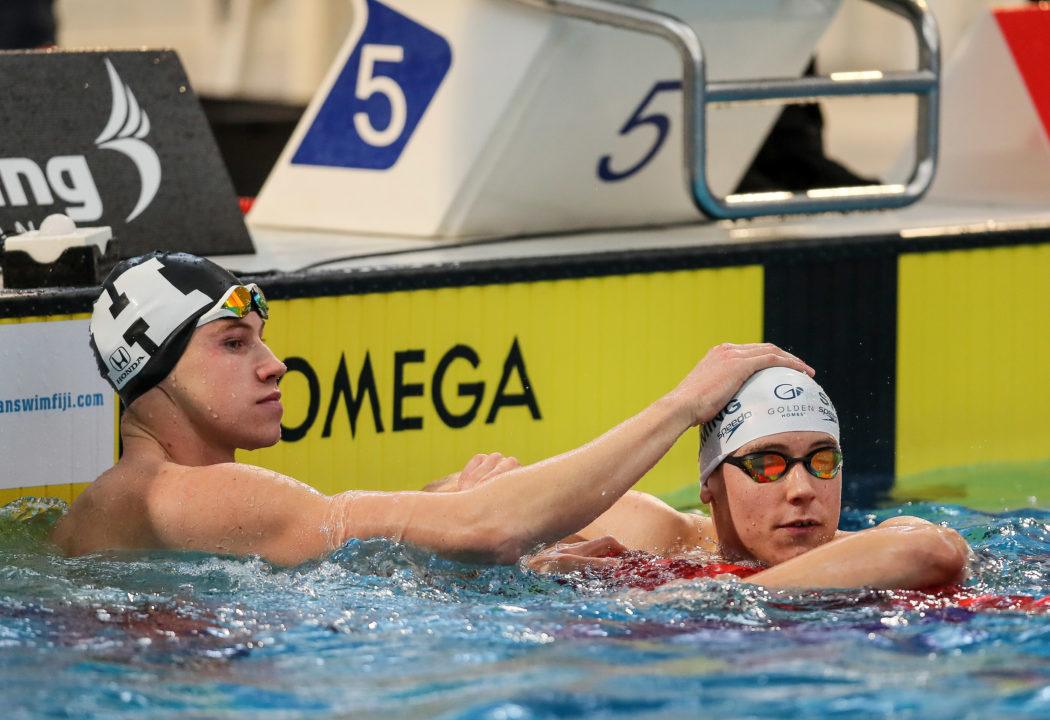 Hunter, who has already qualified for the Pan Pac Championships via his 22.32 at the Commonwealth Games, won the 50 free final on Wednesday with a 22.60. Finishing 2nd behind him was North Shore 15-year old Michael Pickett in 23.13.

That time for Pickett in finals was a small add from the morning, where he posted a 23.08. Both swims were under his old National Age Group Record of 23.14 that he set in May.

We will. This is the last half of their two-part qualifying system, along with Commonwealth Games.

so far NZ has had four that have qualified and are able to go.