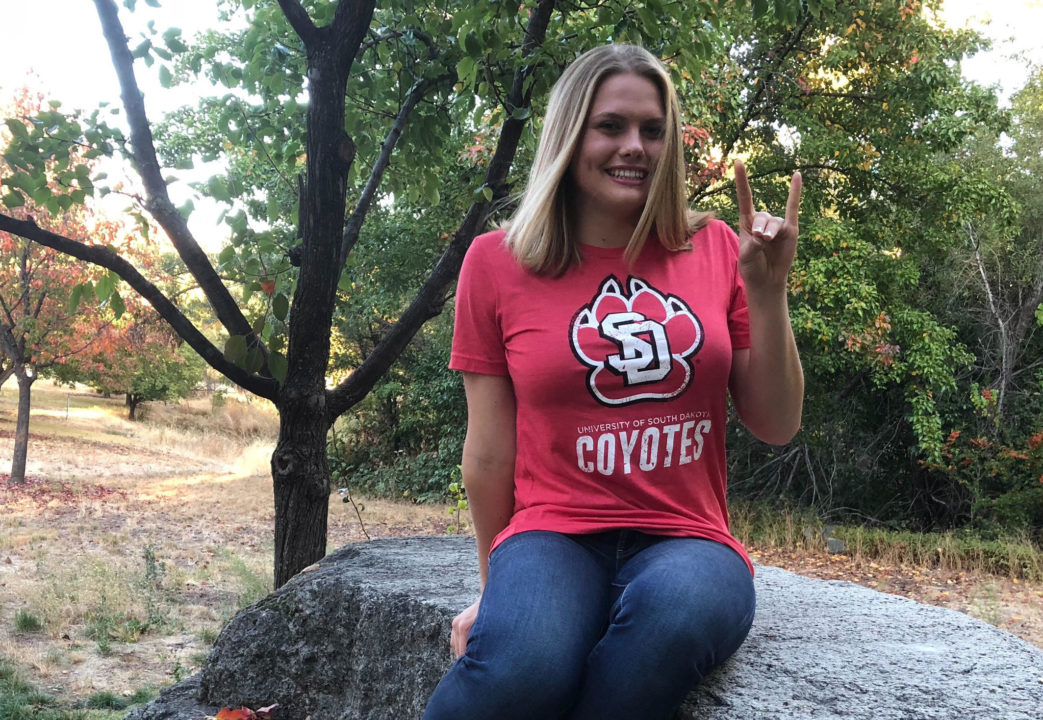 Madilyn Sindelar from Rocklin, California committed to swim at the University of South Dakota beginning in the fall of 2018.

Madilyn Sindelar from Rocklin, California committed to swim at the University of South Dakota beginning in the fall of 2018. She will be joined by Cassie Ketterling, another verbal commit to the class of 2022.

“I chose University of South Dakota because of the welcoming team, beautiful campus, great coaches, and an awesome school atmosphere. Everyone was so friendly and nice and the school has amazing journalism and education programs. Go yotes!!!”

Sindelar attends Whitney High School and swims year-round for Rocklin Mavericks. At the 2017 CIF Sac-Joaquin Section Championships, she won the consolation final of the 100 fly (57.05) and placed 12th in the 100 back (1:00.66). Sindelar went on to compete in the fly at the California State Meet, finishing 34th in prelims with 57.63. Sindelar had a strong junior summer. She competed at both the Western Zone Senior Championships and at Santa Clara Futures and earned new LCM personal bests in the 50/100/200 free, 200 back, and 100 breast. Her best 100 fly time would have scored in the B final at the 2017 Summit League Championships.

Excited to announce my verbal commitment to swim at the University of South Dakota! #GoYotes #feaRED pic.twitter.com/C88NkwIgbg