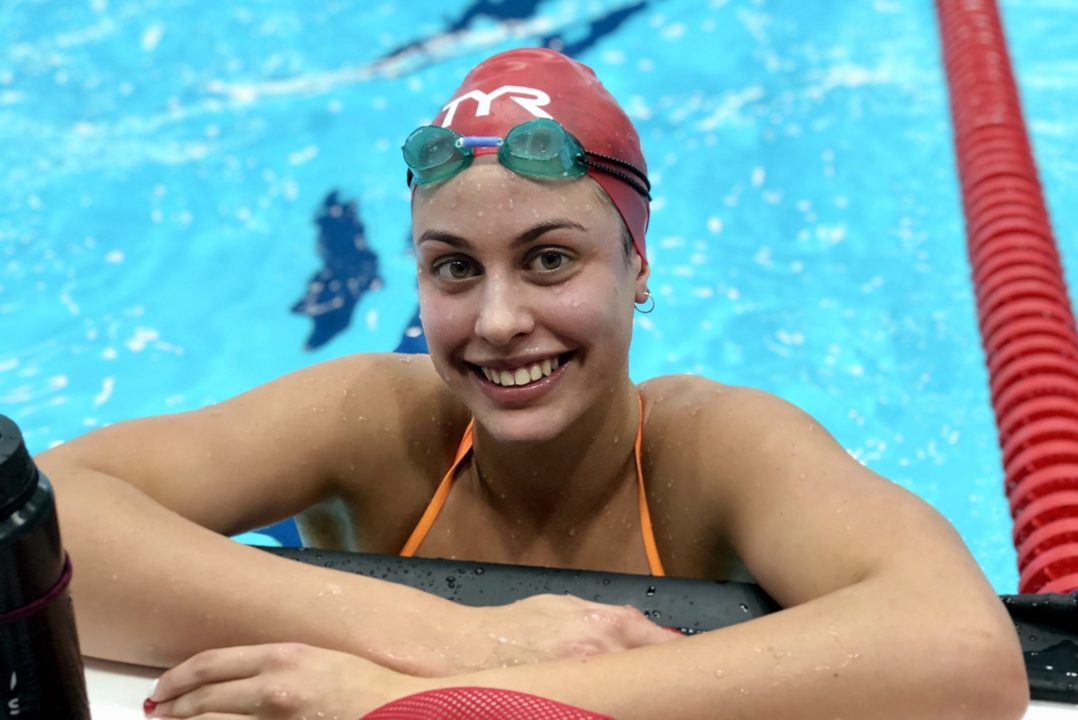 The 2019 Swim England National Awards ceremony took place last night at Birmingham University’s Great Hall, with the nation’s brightest aquatic stars, coaches and clubs being honored for their accomplishments over the past year.

A total of 34 awards were presented during the celebration, with Swim England CEO Jane Nickerson stating, “This year we introduced a stronger regional connection, with every finalist selected by their respective region.

“Quite simply, you are an inspiration to us all. It gets harder each year to pick one winner as everyone is so deserving of an award.

“One thing we can do, though, is be eternally grateful for the dedication everyone shows.”

Taking the Talent Athlete of the Year award for swimming, teen Kayla Van Der Merwe simply capped off her tremendous breakout year. The Winchester City Penguin crushed a personal best in the 100m breaststroke to take gold at the European Junior Championships in Kazan after having set PBs in the 50m/100m/200m breast events at the British Swimming Championships earlier in the year.

She then set new lifetime bests in all 3 breaststroke events once again at the World Junior Championships in Budapest, taking 50 breast silver and 100m breast bronze at the elite international meet.

Of her feats over the year, Van Der Merwe said, “I did not expect anything that happened this year to happen, especially in the last few months, going to European Juniors and World Juniors.

“It’s all been really crazy and really busy and all such a surprise, but I’m really happy because I’ve worked hard to get here and I’m just happy that I’ve made it here.

“I did not expect it at all. I was concentrating more on World Juniors, so I didn’t expect anything to happen at Europeans.

“It was a big surprise to get the gold, but I was so happy.”

Although not in a Swim England representation capacity, Van Der Merwe held her own at her very first International Swimming League (ISL) Derby in London in late November. The Penguin finished a very respectable 5th in the women’s 200m breast in a new SCM PB of 2:22.10

Van Der Merwe will make her senior debut for Great Britain at the European Short Course Championships in Glasgow later this week.

Taking home the Swim England Coach of the Year honor was Wayne Lock of Anaconda Swimming Club. Per Swim England, Lock ‘has totally transformed the club and has ‘cultivated a fun loving but also very successful culture’ which has helped nine swimmers qualify for British and Swim England Summer Nationals during the past three seasons.’

Lock said of his approach to coaching swimmers, “They’re human beings first, we develop them as people and then the swimming comes. “The most important for me is that they’re happy and they’re enjoying what they’re doing, because if they’re not there’s no point in them doing it in the first place.

Bristol Penguins Olympic Swimming Club was named as Swim England Club of the Year 2019, a tribute to the club’s passion and commitment to aquatics. Per Swim England, the club has grown significantly since 2010, with membership increasing to 415 swimmers from 120.

“It’s really important to our ethos that we’re an inclusive club where we have different groups, different types of swimmers and we try to help them all along their individual journey,” Ben added.

“Another thing that’s really important to us is developing people, not just swimmers, to help them become better people as they get older.”

That secured her place at the World Para-Swimming Championships in London, where the Colchester Phoenix swimmer claimed bronze in the S3 50m Backstroke, setting a new British record of 58.91 seconds.

The entire list of the 2019 Swim England award winners is below:

Does she have South African roots with a name like that?