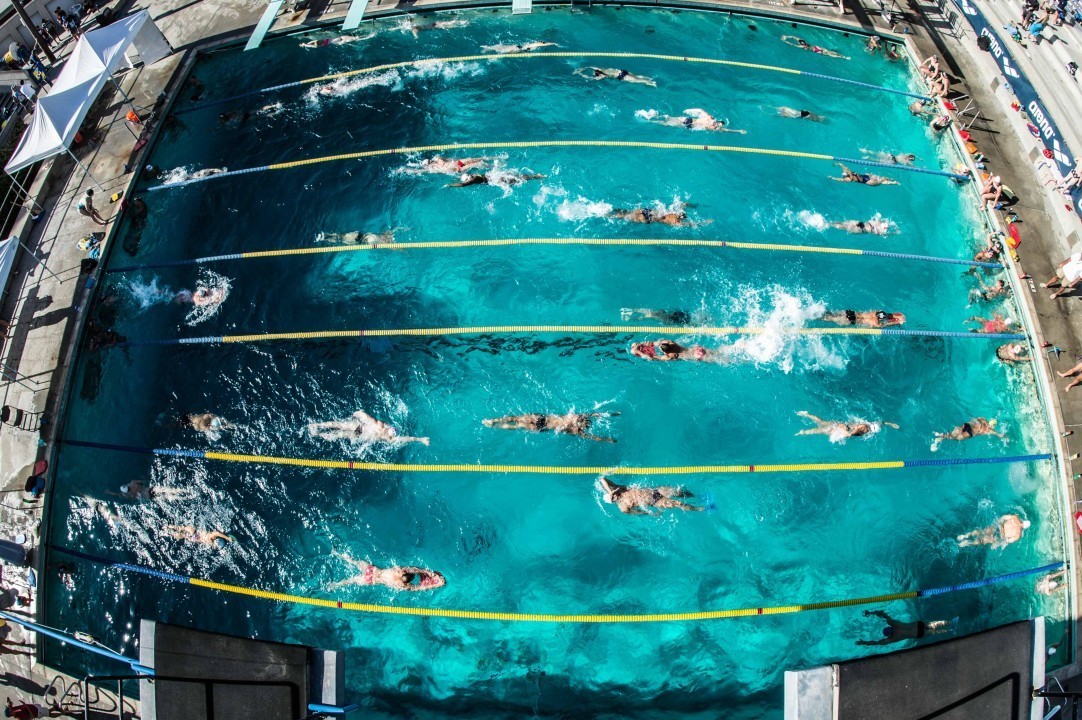 The University of Utah swimming and diving will host the annual Alumni meet this Saturday, Oct. 10 at 11:30 a.m. in the Ute Natatorium. Stock photo via Mike Lewis/Ola Vista Photography

SALT LAKE CITY- The University of Utah swimming and diving will host the annual Alumni meet this Saturday, Oct. 10 at 11:30 a.m. in the Ute Natatorium.

“This will be such a fun weekend here on campus, with Homecoming, ESPN Gameday, and of course our annual Alumni Meet,” said Utah head coach Joe Dykstra. “We are expecting a great turn-out from alumni from many decades and it is fun to see them interact with the current team.  Tami Johnson has done such a fabulous job working to bring all of our alums back into the program and this event will further strengthen the bonds between Utah swimmers and divers across many different eras.”

With ESPN College Gameday coming to Utah for the Utah vs. California football game, the meet with begin at 11:30 a.m. MT.

The alumni meet will consist of former Utes competing against the current Ute team.

To open the 2015-16 season, the Utes took on rival BYU in a friendly competition. The meet was non-scored. The squad recorded nine wins during the meet.

To finish the meet, the team of Gillian St.John, Dorien Butter, Darby Wayner and Rhianna Williams teamed together to take first in the 400 free relay with a time of 3:33.29. In second was a team of Marsh, Julienne Tadena, Hailey Pabst and McArthur with a time of 3:38.71.

The Utes will travel to Berkeley, Calif. on Oct. 15, where they take on the California Golden Bears. The meet is set to begin at 5 p.m. PT.