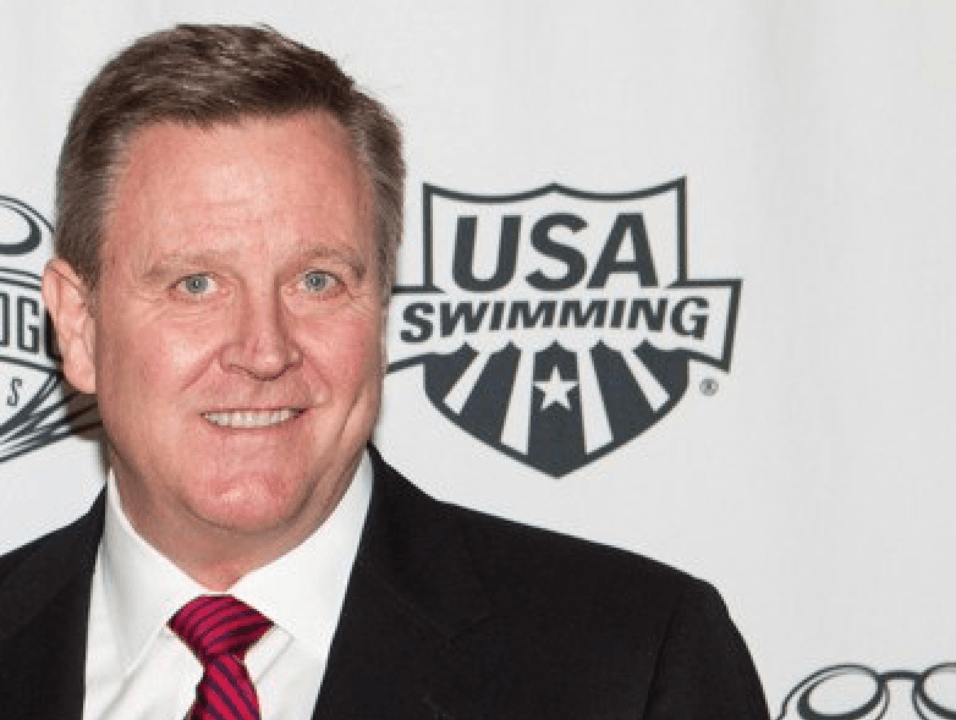 Blackmun, who announced he had prostate cancer in January and was unable to attend the Pyeongchang Winter Olympic Games, became CEO in 2010. Since then, he’s been widely lauded for his management of what was once an organization plagued by poor leadership, and notably established the U.S. Center for SafeSport and the SafeSport initiative.

However, questionable handling of Nassar and USA Gymnastics led to calls for his resignation from child-advocacy groups, tens of former Olympians, athlete representatives, and at least two US senators.  Specifically, the Wall Street Journal reported that the USOC failed to act on reports about Nassar’s misconduct for a year before they were made public.

Before the Winter Olympics, USOC Chairman Larry Probst stated that no action regarding Blackmun’s future would be made until the completion of an independent investigation into the organization’s handling of abuse allegations.

“Given Scott’s current health situation, we have mutually agreed it is in the best interest of both Scott and the USOC that we identify new leadership so that we can immediately address the urgent initiatives ahead of us,” Probst said. “The USOC is at a critical point in its history. The important work that Scott started needs to continue and will require especially vigorous attention in light of Larry Nassar’s decades-long abuse of athletes affiliated with USA Gymnastics.”

The Committee has appointed current board member Susanne Lyons as acting CEO until a permanent replacement is found. Lyons has been serving as the chair of the USOC board’s working group to address the Nassar case since January, and has been an independent director to the USOC board of directors since December 2010.

“Serving the USOC and its many stakeholders and working with our board, our professional staff and many others who support the Olympic and Paralympic movements has not only been immensely rewarding, it has been an honor and the highlight of my professional life,” Blackmun said. “I am proud of what we have achieved as a team and am confident that Susanne will help the USOC continue to embody the Olympic spirit and champion Team USA athletes during this transition.”

40+ years of scandals, mismanaged funds, abuses of power, ignorance of responsibility…. you name it. He’s just one of many that have come, and now gone, and the abuse, neglect, defiance, scandals, money issues, etc will continue to plague the USOC and all the NGBs.

People need to read and understand the Amateur Sports Act. Ed Williams is spot on in saying that its been used and abused for things it was never intended for. Its time, yet again, to amend that act, and hopefully this time there won’t be loopholes left in for the USOC and the governing bodies to act as tyrannical overloads in their power. It would be nice, but I won’t hold my breath. #statusquo #nothingtoseehere… Read more »

No responsibility or accountability or seriousness in addressing the issues that face him and the USOC using Health as an excuse for resignation. It can be celebrated that he is gone. But there’s much more to do and much more to expose. I don’t know why people are surprised that he would try to get off this easy. American athletes have been cheated and it’s time to get to the truth of the matter.Nothing is preventing the truth from coming out. Write your Congressional Representative and demand a thorough investigation and hearings.The only way things will change is if the truth comes to light and these folks are held accountable for their actions

You are absolutely right. The entire membership of all NGBs should demand a REAL congressional investigation into all of it, and the people who have been running/abusing it all. Funny how governance is, it has to be run by people. And you give people a little bit of power and they assume they are now gods to lord over everything.

Dale Neuberger should be next. Let’s get a swim coach, not a lobbyist with massive conflicts of interest on FINA. Neuberger procures FINA contracts for his TSE consulting company. What a scam.