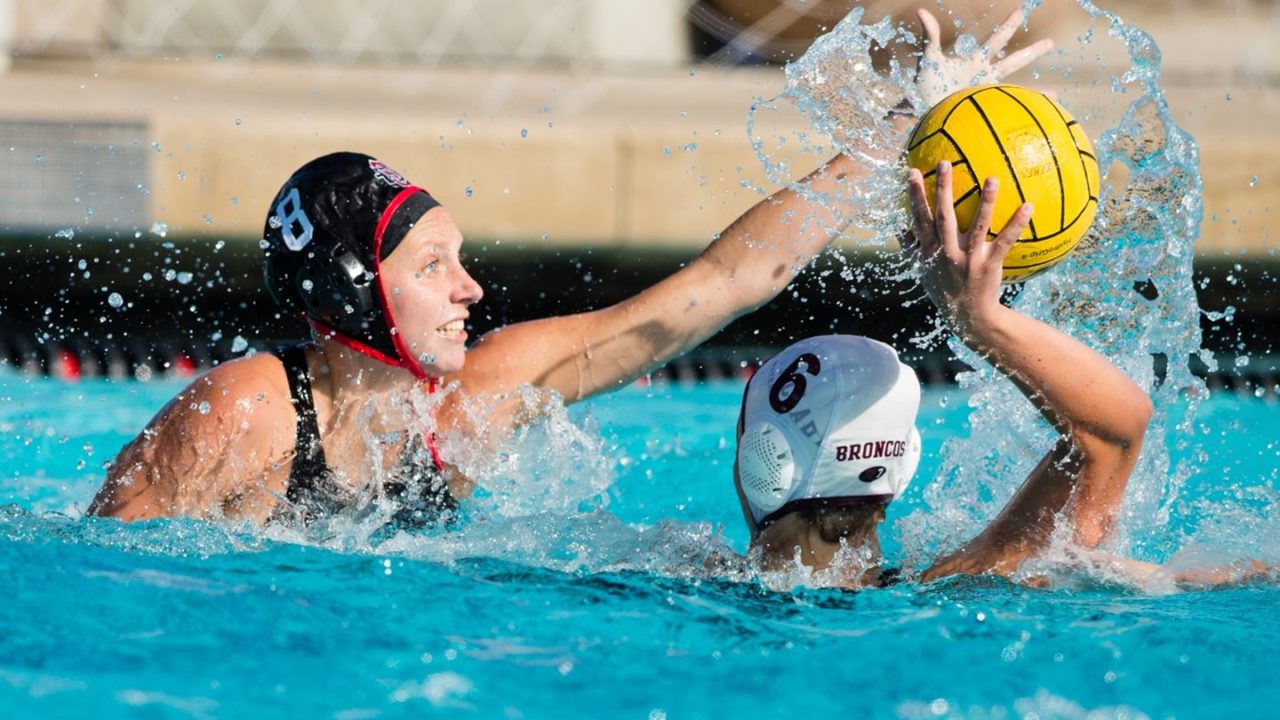 USC ascended to the top of the collegiate women's water polo poll., while San Diego State was the biggest mover of the week, jumping from #22 to #16. Current photo via San Diego State Athletics

After knocking off last week’s #1 team Stanford, USC has ascended to the top of the collegiate women’s water polo Top 25 poll. The then-#4 Trojans bested the Cardinal 10-5 in the championship match of the Barbara Kalbus Invitational in Irvine, California, on Sunday to lead five Week 6 upsets.

USC also scored a 9-7 victory over then #2 UCLA. Grace Tehaney and Bayley Weber paced the Trojans against Stanford with two goals each, while Tehaney and Kelsey McIntosh scored hat tricks against the Bruins.

With the losses, Stanford and UCLA each fell one spot to #2 and #3 respectively.

UC Irvine rounds out the Top 5, climbing one position from #6. The Anteaters finished a 3-1 weekend at their home tournament by upsetting then #5 Arizona State 12-7. UCI also posted wins over #12 Long Beach State (12-9) and #10 Michigan (9-8), while falling to USC 10-7. Eight players scored, including four with two goal efforts, in the Anteaters’ upset win over ASU.

San Diego State was the biggest mover of the week, jumping six spots from #22 to #16. After starting the weekend with losses to #1 Stanford (12-8) and #8 UC San Diego (9-8), the Aztecs rebounded with upset wins over #15 UC Davis (13-10) and #12 Long Beach State (10-9). Isabelle Hastings logged four goals to lead SDSU against UC Davis and provided a hat trick to pace the team vs. Long Beach State.

Michigan moved up three positions from #10 to #7 after registering two upsets at the Kalbus Invitational. The Wolverines posted wins over #7 Cal (11-10 OT) and #9 UC Santa Barbara (5-4) and fell to #2 UCLA (7-2) and #6 UC Irvine (9-8). Maddie O’Reilly chipped in three goals against Cal, while Erin Neustrom netted a hat trick in the win over UCSB.

Cal Lutheran and Santa Clara joined the list of vote getters outside of the Top 25 after their Week 6 efforts.