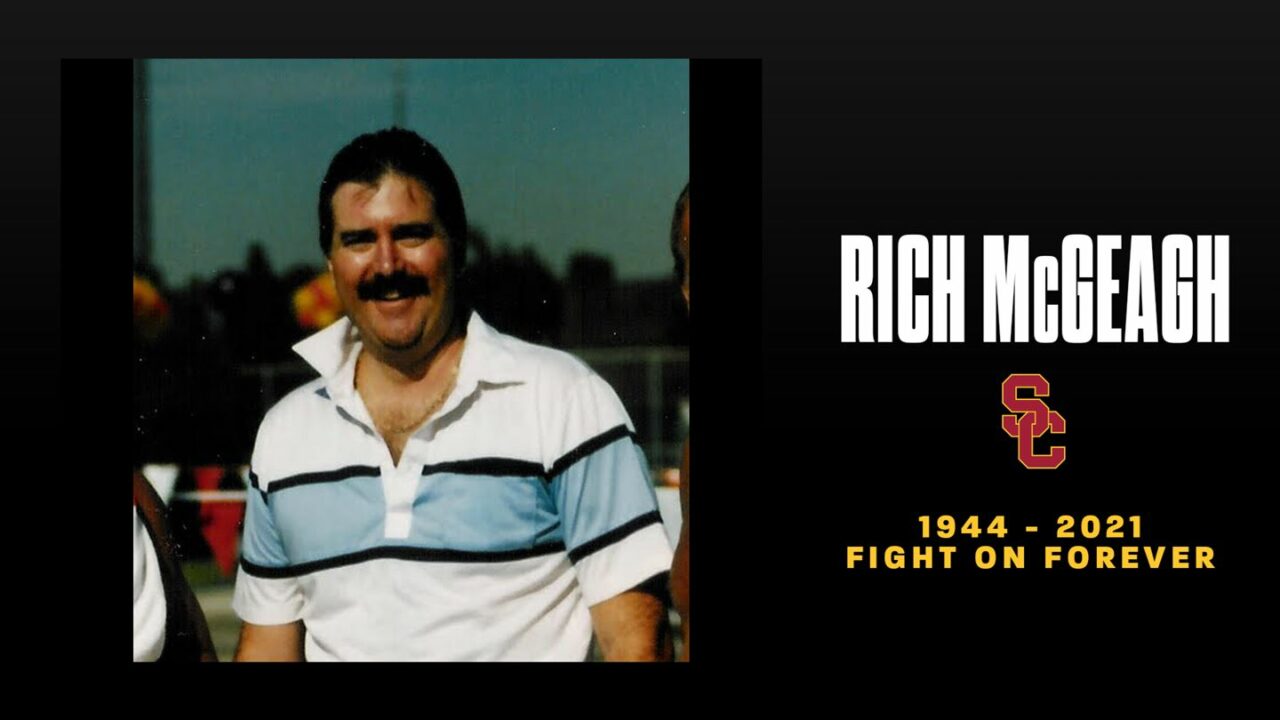 McGeagh was a 3-time All-American at USC on teams that won NCAA championship title in three straight years (1964-66). Current photo via USC Athletics

LOS ANGELES– Rich McGeagh, a 1964 Olympian and an NCAA swim champion from USC, died on Thursday (Sept. 9) in Hermitage, Tenn., of COVID complications. He was 77.

At the 1964 Tokyo Olympics, he swam the opening backstroke leg of the 400-meter medley relay for the U.S. in the preliminary heats, but did not swim in the final that the Americans won. Under Olympic swimming rules at the time, only those who competed in the final were eligible for medals, so he did not get a gold medal.

In 1963, he helped the U.S. 400-meter medley relay team set a long course world record of 4:00.1 while swimming the opening backstroke leg in a meet in Osaka, Japan. He also won a gold medal at the 1963 Pan Am Games in Sao Paolo, Brazil, as well as an individual and 3 AAU titles.

McGeagh came to USC from Hoover High in Glendale, Calif. A long-time resident of La Crescenta, Calif., he worked as a real estate appraiser. He moved to Mt. Juliet, Tenn., 8 years ago.

McGeagh is survived by his wife of 55 years, Barbara, his son, Michael, and daughter, Karin, as well as several grandchildren.

Condolences to family and friends.