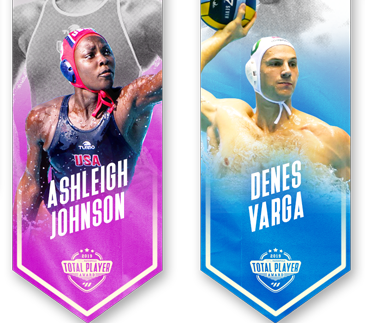 Johnson was one of five Americans who made Total Water Polo’s Top 10 list of female players.

The Total Player Award winners were selected by a panel of 60 expert voters, 18 media outlets and 10,000 votes from the general public.

Johnson, a Miami, Florida native, was named MVP of the 2019 FINA World Championships, tallying 43 saves as she led Team USA to the gold medal. She also chalked up 42 saves at the 2019 Pan American Games.

Hungarian Rita Keszthelyi was the runnerup in the voting. Keszthelyi racked up 24 goals, while leading her team to a fourth place finish at the FINA World Championships.