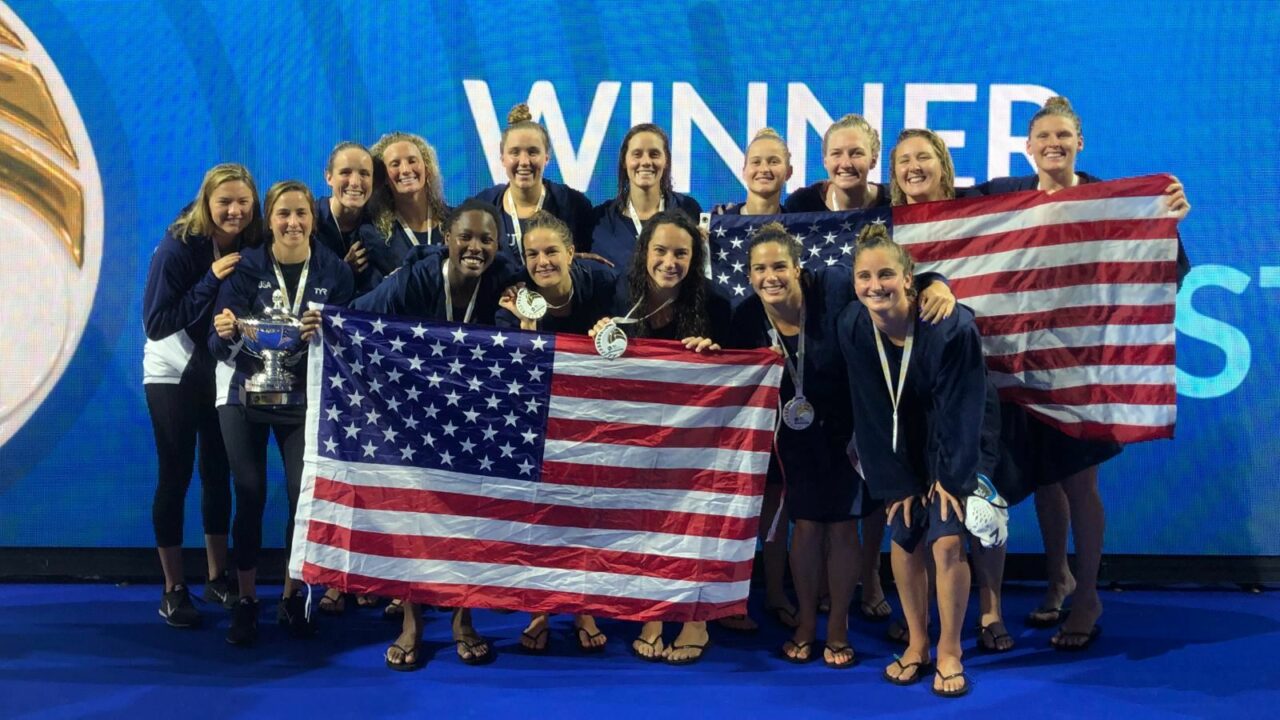 The top-rated Team USA squad opens play against the host country Greece on Monday at 4:15 am est/1:15am pst. Archive photo via Chris Lee

Note: Live streaming is only available in the United States for the semifinal and final round via FloSports. Click here to access a subscription. For those in Europe, live streaming is available by clicking here.

Athens, Greece – June 13 – The USA Women’s National Team has arrived in Athens, Greece for the upcoming FINA World League Super Final, their first major tournament since the 2019 Pan American Games. The top-rated Team USA squad opens play against the host country Greece on Monday at 4:15 am est/1:15am pst. Live streaming is available by clicking here, live scoring can be accessed by clicking here.  Team USA will also take on Kazakhstan and Spain to close out group play. A champion will be crowned on Saturday, June 19. The tournament marks the final evaluation for the United States team before June 23 when Head Coach Adam Krikorian will announce the 13 athletes that will represent Team USA at the Tokyo Olympic Games.

14 athletes have been selected to compete at the Super Final with 13 chosen to play prior to each match. Two-time Olympic champions Maggie Steffens (captain) and Melissa Seidemann lead Team USA into action in Greece on a roster that features eight returners from a gold medal effort at the 2016 Olympic Games. See below for a complete Super Final roster and schedule of competition.