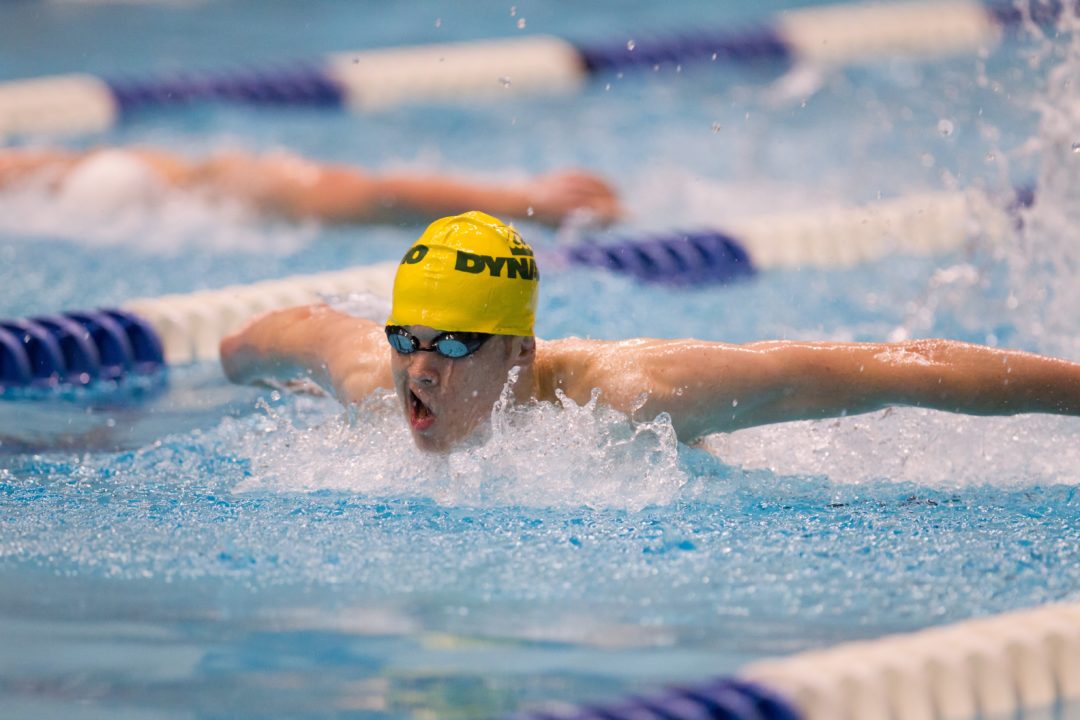 Gunnar Bentz of the Dynamo Swim Club (above) could join his coach Jason Turcotte at the Junior World Championships in late August. (Photo: Tim Binning/TheSwimPictures.com)

Turcotte is the coach of two of the best junior-level swimmers in the country, both of whom are likely to make the Junior Worlds team this summer. Kylie Stewart was the 2nd-fastest eligible swimmer at the World Championship Trials in both the 100 and 200 backstrokes, and Gunnar Bentz ranked first in the same category in both the 200 and 400 IM’s.

Yetter has a long history of training elite junior level swimmers from his time at the North Baltimore Aquatic Club, and has continued that success at his T2 Aquatics club in Florida. He coached Liz Pelton up until she left for Cal (she’s now going to the senior World Championships), and his best junior swimmer now is backstroker Elise Haan.

How is Mike DeBoor not a head coach? The guy has THREE different women eligible to swim at Jr. Worlds…not too shabby for a club team without the resources afforded to teams like NBAC, NCAP, and Dynamo.

What makes you think that NBAC has such resources afforded to it? Lakeside is double the size of NBAC and has one of the biggest and best facilities in club swimming. Thats no cut on DeBoor in fact its a testament to the club he has run for years… but what does it have to do with NBAC and what you assume about NBAC?

Further how do you know USA Swimming didnt ask him? It may be hard to believe but sometimes after these coaches have been on a bunch of trips they start turning a couple down because they want to focus on other things… just saying its possible.

How can they pick the coaches before the team? Isn’t it customary to put swimmers on the team prior to picking the coach? I thought coaches were selected based on the swimmers they put on the team. Jr’s and Open still left to pick this team, and Yetter…? Don’t get it. Seems premature to pick the staff already.

Vic – that is often how assistant coaches are selected (they haven’t been named yet that I’m aware of), but head coaches are almost always pre-selected both for junior and senior travel squads. For example, the Worlds head coaches were selected well before Trials.