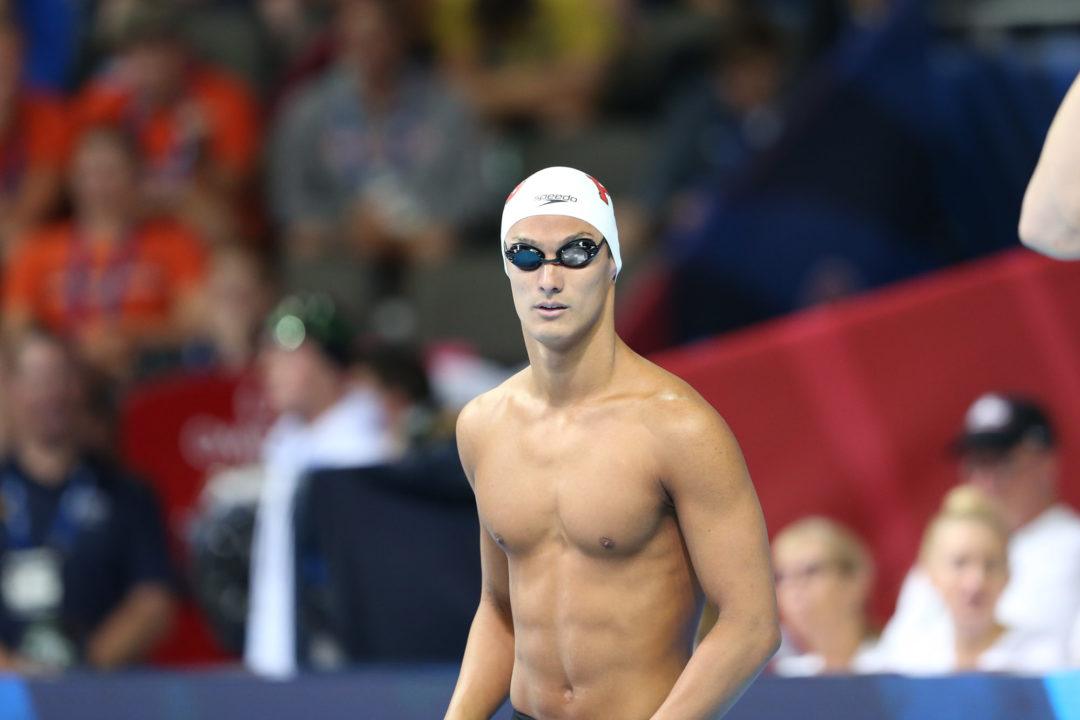 Maxime Rooney is one of 5 swimmers selected to the team in 3 events or more. Almost 50 fewer swimmers were chosen this year than last year. Archive photo via Tim Binning/TheSwimPictures.com

USA Swimming has announced the 2016-2017 National Junior Team which is greatly reduced this year after the organization implemented newer and more stringent requirements.

Whereas simply being one of the fastest six 18 & under swimmers in the United States in an Olympic event used to be all it took to qualify, now only the top two in each Olympic event are guaranteed a spot on the roster.

The cutoff date for swims is September 8th, 2016 (with the FINA database as the list of record), and athletes must have been 18 or younger as of September 1st, 2016

The priorities, which will be applied until a minimum of 26 boys and girls are selected, and up to 40 of each, in this order:

Priority One: The top two athletes in each individual Olympic event.

Priority Two: The third and fourth ranked swimmer in the 100 and 200 meter long course freestyle.

The team ultimately landed on 65 total swimmers, represented across 27 states (with Florida leading the way with 7 on the team).

Note: swimmers on the senior National Team are not eligible for the National Junior Team.

Four swimmers qualified for the team in three events:

Note: Maxime Rooney was previously on this list, but USA Swimming updated to correct an oversight in their calculations. The corrected roster, which adds Noah Lense in the 100 fly, is below.

The full rosters are below:

Where’s Cassidy Bayer? Shouldn’t she be on the team?

PVSFree – as mentioned in the article, athletes on the senior Natinoal Team are not eligible for the National Junior Team. You can see the senior National Team roster here:

Right, I forgot she made the senior national team

I think she made the national team.

And Taylor Pike for 200 fly and Open Water.

YoungFish11 – Noah’s best time is actually a 53.1, though that still would’ve put him top 2. I can’t be certain, but my best guess is that those times didn’t wind up in the FINA database quickly enough.

I can’t believe this is the case. Lense swam his 53.1 at Jr Pan Pacs and other times for that meet are used on this list but who knows.

I understand Lense has been added to the team

is there an article about the benefits of being on the jr national team? Besides a huge honor what perks do they get?

Good question. In previous years there have been no tangible benefits to being on the jr national team.

Primarily an invite (all expenses paid) to National Jr Team Camp at the OTC held in the Spring. Otherwise, honestly not much.

The biggest benefit is intangible. Being held to a higher standard and being in an elite group who is considered to be the best and many in this junior team will go on to the national team as a result.