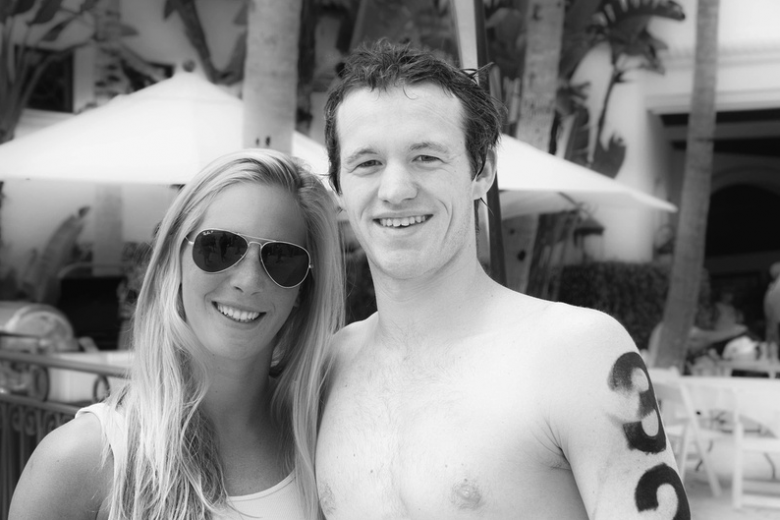 Alex Meyer was also welcomed onto the men’s team as a result of his performance at last year’s World Championships. Though he is recovering from a broken collarbone and only was 10th at Nationals, he still gets a spot on the team (can’t have an Olympian not on the National Team!).

Gillian Ryan, by way of a 6th-place finish, pulled herself up to the senior National Team, which opened up a spot on the junior team for the newest great distance swimmer from Mission Viejo (Brooke Lorentzen). Ryan wouldn’t have been eligible for the Junior team anyway as a result of her inclusion on the senior National Team in the pool. She is one of three swimmers on this team (Gemmell and Haley Anderson) who will be doing double-duty for the next year as a member of both the pool and open water National Teams.

There was a lot of turnover on this year’s Open Water National Team – especially on the men’s side, where many of last year’s best sat the race out without an Olympic spot in the mix. Half of the men’s team is new, with Mission Viejo’s Janardan Burns and David Heron joining Joey Pedraza to replace Michigan teammates Sean Ryan and Ryan Feeley, and the now-retired Mark Warkentin. Frayler is on his second-straight open water team.

On the women’s team, the two new members are Arizona State’s Tristin Baxter and the aforementioned Ryan, who replaced Emily Brunemann (who finished 7th) and Claire Thompson (who finished 9th).

Though this team has some good talent and amazing potential, it is still an extremely inexperienced team. Ashley Twichell, the women’s leader, for example only swam her first open water race a year ago. Hopefully, being on the team will serve to enhance their drive toward the open water sport and increase their experience in the waves.

This is very good news for USA Swimming OW – solid!