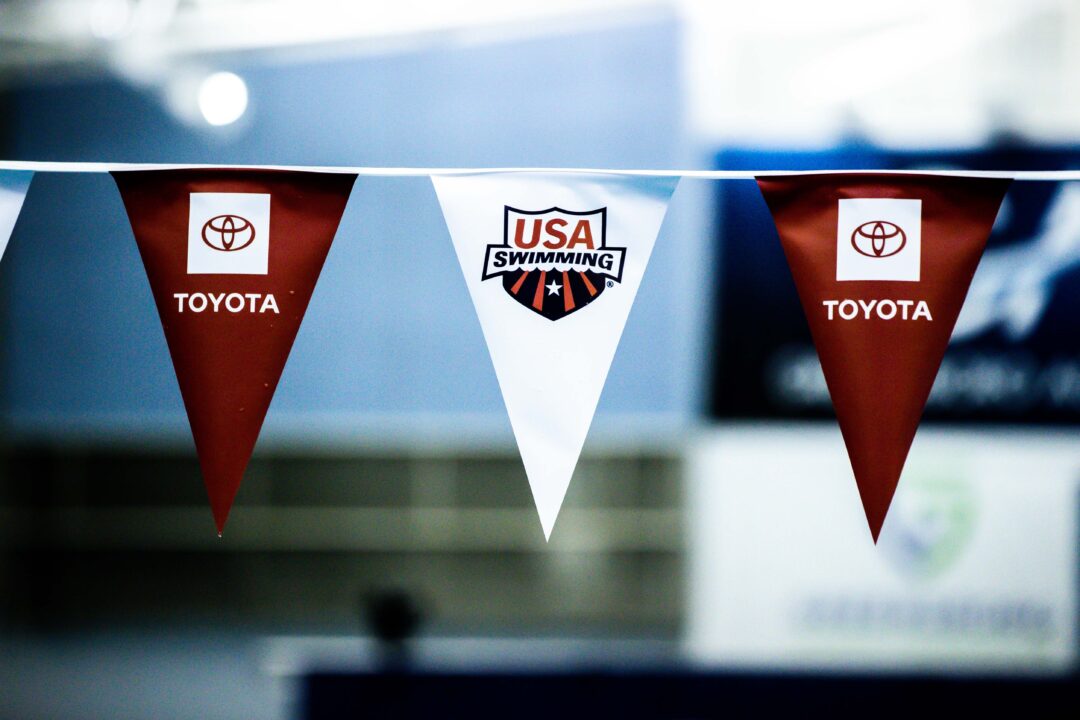 USA Swimming announced a 10-meet domestic schedule for 2023 on Wednesday, including its qualifying meet for the World Championships and four Pro Swim Series stops.

The competition schedule will feature the 2023 International Team Trials taking place from June 27-July 1 in Indianapolis.

“Our goal is to provide as much clarity as possible regarding next year’s calendar as early as possible, enabling our members to develop training regimes that optimize performance while allowing membership to organize their year accordingly,” USA Swimming President & CEO Tim Hinchey said.

“We are investing in quality competitions at a cadence that will set athletes up for success and will look to finalize locations for every event as soon as possible.”

The dates for the International Team Trials leave just two weeks between the end of the Trials and the beginning of the 2023 World Championships in Fukuoka, Japan, which will take place July 14-30.

The competition schedule for Fukuoka has yet to be released, so it’s possible there’s a three-week break for the swimmers between competitions if pool swimming falls during the second week of Worlds (it was in Week 1 this year in Budapest).

This year, U.S. World Championship qualifiers had seven weeks between Trials and Worlds, which was abnormally long after the dates for Worlds were pushed back and USA Swimming kept its late April Trials date in Greensboro.

During Olympic years, the gap between Trials and the Games has typically been one month.

Indianapolis has been a go-to stop for USA Swimming meets over the years, including hosting USA Swimming’s World Championship Trials in 2017.

The Pro Swim Series will have four stops in Knoxville, Tenn., Fort Lauderdale, Fla., Westmont, Ill., and Mission Viejo, Calif., all of which will come before World Trials.

This year, PSS meets were held in both Westmont and Mission Viejo, while the scheduled stop in Knoxville was canceled due to COVID-19.

As has been common in past years, the Junior National and U.S. National Championships will fall during back-to-back weeks at the same location next year, taking place in Irvine, where the 2022 Nationals will be in two weeks’ time.

Locations for the U.S. Open and the Speedo Winter Junior Championships (East and West) toward the end of the year remain TBD.

Hopefully the US at least medals in every relay in Fukuoka so they don’t have to send a strong team to Doha.

FINA is going to force nations to send a strong team to Doha for relay qualification so that the meet isn’t a total mockery. Spineless move.

Off topic but the Visa issues at the World athletics Championships partially explains why US shouldn’t hold big international meets.:)

The International Team Trials should be held at least a week earlier. At the latest, the collegiate athletes should be done with finals by Friday, 09 June 2023.

Pandemic and crazy squeezing of events this year by FINA forced USA Swimming to dismiss, at least temporarily, those insane trials for pre-Olympic Worlds the summer prior to them…

Is actually be fine if 2023 trials doubled as 24 trials. There’s no reason to add another taper that close to the Olympics and there will be so many people declining spots anyway.

Outside of this unique instance, trials the year before the actual competition should be done away with for good.

It might be, or probably they’ll use US Open in December…but I still have hope these Worlds will be cancelled

Having Jrs and Nationals at Irvine AGAIN in 2023? Surely there are other locations wanting/willing to host that would be less costly for swimmers and their families?

Well, I can’t blame you for wanting someplace cheaper. Irvine like Mission Viejo do get lot of money from these events so they pushed for them. In fact I read they are building another Hotel in Irvine. Learn a lot of the tourist business from Anaheim and Disneyland. Well, you should eventually get some event closer to home. Masters shifts around more than USA swimming on their nationals.

Isn’t it rumored/news that Irvine is building a third outdoor pool at the same aquatic center? If so that probably is the most enticing location to host many future national and junior national meets tbh.

Gonna make for some interesting swims

2 weeks is actually perfect. The top Texas HS coaches have a ton of experience holding on to a taper to go just as fast or faster in 2 weeks. USA swimming should snag one as an advisor at the training camp lol

Yeah, that seems tight for such a big time zone difference

Swimming typically takes place in the second week of the World Championships. This year is an exception. So most likely it will be 3 weeks in between.