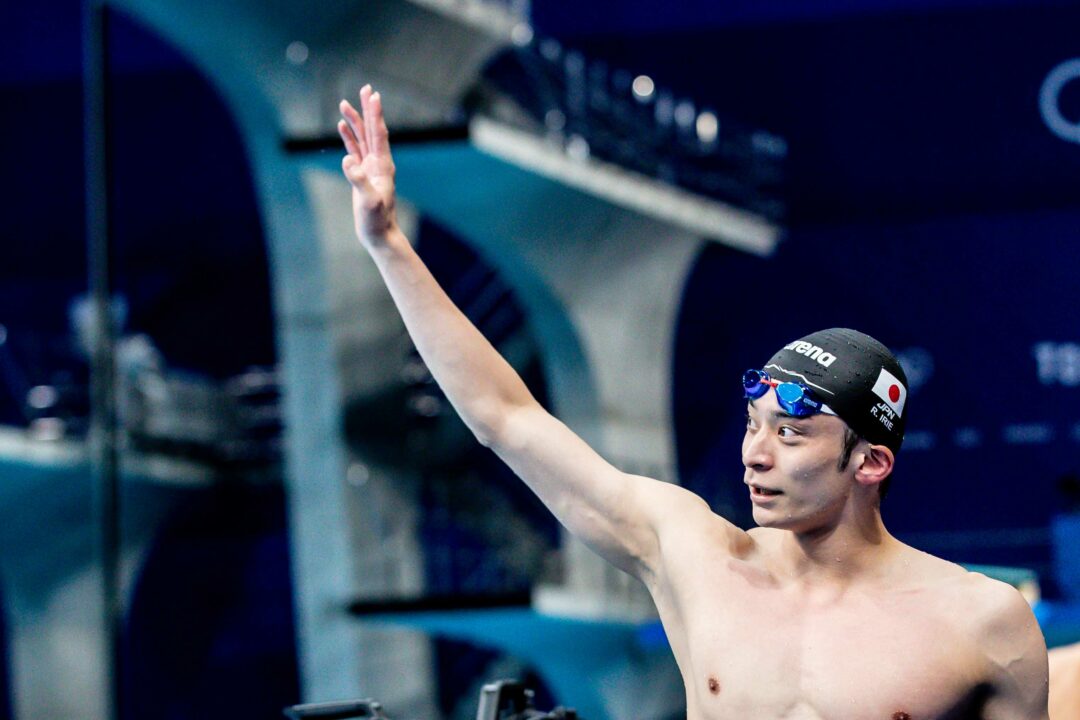 32-year-old Ryosuke Irie of Japan has eyes on Paris 2024, remaining his nation's most dominant backstroke of the past decade. Archive photo via Jack Spitser/Spitser Photography

Last year prolific Japanese backstroker Ryosuke Irie said he would continue racing through 2022. Now that this year’s World Championships have concluded, the 32-year-old ace is still looking toward the future, keeping his eyes on Paris 2024.

“I decided to strongly aim for the Paris Olympics to be held in 2024. I want to swim without regrets for the two years leading up to the Olympics,” Irie said on Instagram this week.

After the 2020 Olympic Games, where Irie finished 9th in the 100m backstroke and 7th in the 200m backstroke, the 4-time Olympian stated,  “I thought about retiring after the Tokyo Olympics. But there was still something missing in my heart.”

At the time Irie also hinted at cutting his schedule down to just the 100m backstroke ongoing, focusing on both the individual event and trying to produce the best possible performance as the lead-off on Japan’s medley relay.

In Budapest, Irie indeed opted out of the 200m back and placed 7th in the 100m back. He also led off Team Japan’s men’s medley relay with the 4th fastest backstroke split of the prelims field; however, the nation wound up 9th and out of the final.

Although Irie has been on the international racing scene since his debut in 2007, the seemingly ageless wonder still dominates the backstroke discipline within Japan. You’d have to go back all the way to 2007 for the 200m and 2013 in the 100m find a man not named Ryosuke Irie ranked as the top performer in each event in Japan for that calendar year.

As a tribute to the man’s longevity, here is a listing of Irie’s best 100m backstroke times per year beginning in 2014.

So consistently good! And at only 5’10” per swim swam bio, along with his beautiful form he must be a consistently hard worker. What mental fortitude to grind and grind day in day out. Much admired.

Incredibly smooth stroke! Met him at NAU while we were there for training and he was training there with the Japanese team. Very nice guy and approachable.

Good for him! Great to see that legends like Ryosuke Irie continue to pursuit success and get some opportunity’s for success . There is lots of great young talent arising in the international swimming stage, and it’s great to see some veterans continuing their runs for success as well. I can’t wait to see what happens In paris! I’m glad to see multiple swimmers have longevity in the sport as it gives me hope for my future. And it’s always as joy to watch the veterans and the youngsters become legends! 🙂