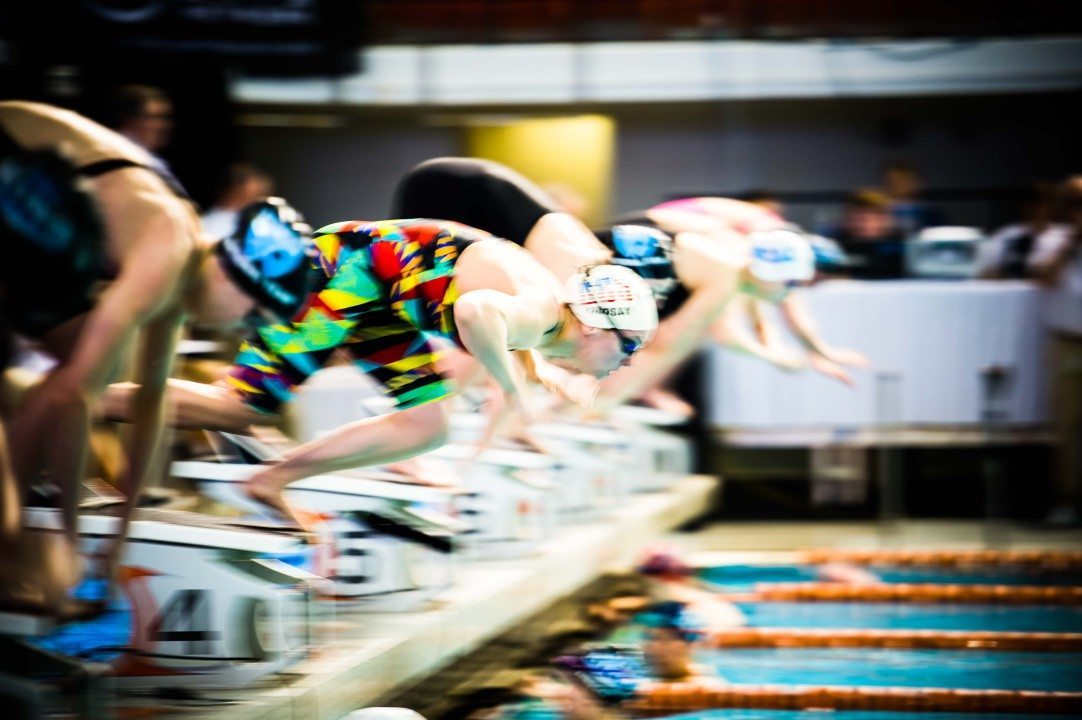 With the still-fresh announcement by the Mexican Swimming Federation that it has pulled out of hosting the 2017 FINA World Aquatic Championships, an article this week in the Chicago Tribune reveals that the possibility of the United States being named as the new host of the multi-sport event is extraordinarily slim.

USA Swimming’s Executive Director, Chuck Wielgus, expressed in the piece that, “We would love to host a long course world championships in the United States, but the economic requirements make it impossible for us to seriously consider.”

The estimated $80 million price tag tied to managing the entire competition, which includes swimming, diving, water polo, synchronized swimming and open water, is certainly the event’s biggest detraction.  The possibility of breaking even on such an encompassing event is estimated to be nil, providing little incentive to countries with sluggish economies.

Economics is precisely on what Mexico based its withdrawal, citing the high cost of hosting the event specifically within the context of its weakened position in the world market due to falling oil prices.  The country settled on paying the $5 million withdrawal penalty to FINA rather than furthering its investment two years out from the competition.

With a four-to-six year search now being reduced to just a two-year undertaking, FINA must now quickly search for a replacement venue for the world’s biggest non-Olympic aquatics event.  The paper does point to Qatar, the site of the 2014 FINA Short Course World Championships, as a possible replacement host country, but nothing definitive has been released.

The United States has never hosted the long course version of this meet, which is the bigger and more visible of the two swimming world championship events hosted by FINA.

-Call Mike Mintenko and ask him for a special made Myrtha Pool 33 1/3 meters wide by 50 meters long by 20 feet deep.

-Get a bull dozer and a track hoe and start digging. Use the dirt from the warm up pool and race pool to shape the outside arena

-The warm up pool will be perpendicular semetrical to the race pool with a skybox between and above both having a tunnel connection to each pool. From above the pools will appear as a T shaped complex and the arena C shaped around the race pool connecting into the sides of the skybox.

This whole 2017 situation may actually be a blessing. Basically, it gives countries such as the US leverage against FINA. How can FINA justify $100 million cost? Suddenly FINA has a crisis on their hands and an immediate problem to solve. Now countries such as the US are in a great position to propose a simpler, lower cost alternative on terms that make sense to the host country rather than being dictated by FINA. This just seems like a great opportunity and a game changer.

There have been posts in SwSw urging FINA to take the 2015 titles away from Russia .i’d be very interestedto see what they have to say today .

Reality check for you guys now .

Rather than Wielgus saying this is impossible, I’d like to see him at least say “we’re looking into it.” Why not talk to NBC or some sponsors about what they might put in? How about ask a few cities that were interested in the Trials if they would give it a go? Why not talk to Omaha or Indianapolis before you say no? Why not talk to FINA about some options that might reduce the cost?
Having this in the US the year before the Olympics could be a big boost to the sport. Sad that the quick answer was “its impossible”

meant year AFTER Olympics, of course 🙂

Exactly!
If we split it up, we could give some of the needed facilities in the US some needed income. The ex HOF pool in Ft. Lauderdale is in desperate need of renovation, it is a tourist destination with ample hotel space to support the Diving, Sincro, and water polo events.
The new Belmont Shore pool could also use some exposure, and Long Beach has the hotels too.
Why not the IU NAT, or Georgia Tech Aquatics Center, Lee and Joe Jamail Swim Center, Austin, Texas, Student Rec Center Natatorium, College Station, Texas……Omaha!!!!!!!!!!!

If you were going to put it in one place, Indianapolis would make sense. Texas is too hot for OW in the summer, so that’s out. Indy has hosted big meets in the past, and the city has hosted a Super Bowl, so there would be no shortage of the high-end hotels FINA would want. If they wanted to split venues, they could put swimming in Lucas Oil Stadium and everything else except OW in the Natatorium. OW could go to Eagle Creek. Not sure how Omaha would work with multiple events like Worlds, but they have definitely shown a “can-do” attitude when it comes to Trials, so I could see them making a go of it. However, I think… Read more »

Kind of strange the meet has never been in the United States and has only been in North America once (Montreal in 2005).

Agreed. Hope Swimming Canada can convince the provincial governments of either Ontario or Quebec (or both) to step up… maybe a Toronto/Montreal co host like was done twice with IIHF (Hockey) Jr Men Championships. The event is supposed be in the Americas. I agree with the suggestion of pooling funds. Direct event profits if any go back into the pool. Have a paid online stream for viewing say $30 – 40 for the whole event or $8-10 for a single day.

I think that Montreal only recently paid off their Olympic debt and probably still owes for the 2005 Aquatics WCs, so I’d be surprised to see them bid anytime soon.

I say go for it and throw all caution to the wind. We could use a major arena or two to host it. I think that MSG or the Barclays would have no problem with selling seats.

Man that would be pretty spectacular. World Champs in NYC in 2017.

It appears the terrorists have won.