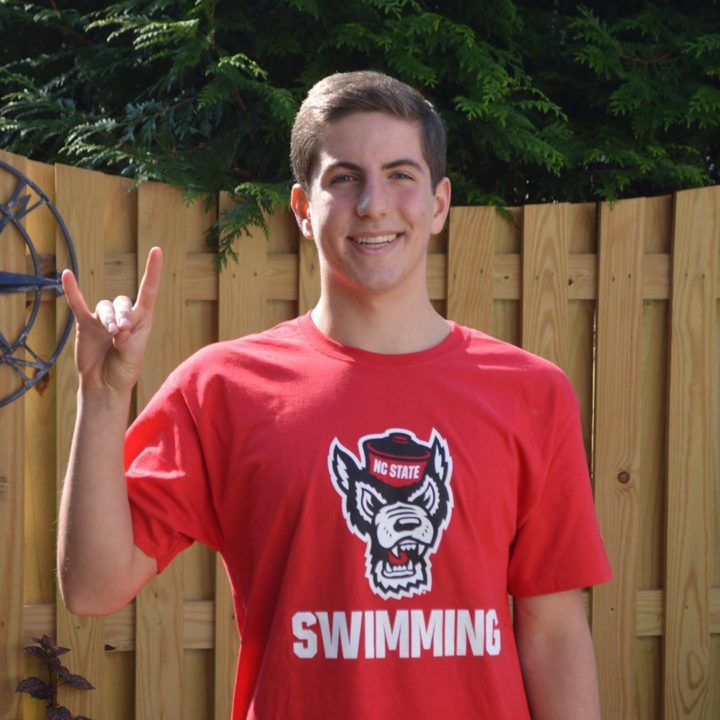 High school junior J.T. Ewing has announced he plans to swim for NC State in the 2022-23 school year and beyond.

J.T. Ewing, a USA Swimming Scholastic All-American from Falls Church, Virginia, has announced his intention to swim at North Carolina State University beginning in the fall of 2022. He wrote on social media:

“I am proud to announce my verbal commitment to NC State University. I’d like to thank everyone that supported me throughout this process and I’m excited for the future. ♦️ 🐺 #committedsw”