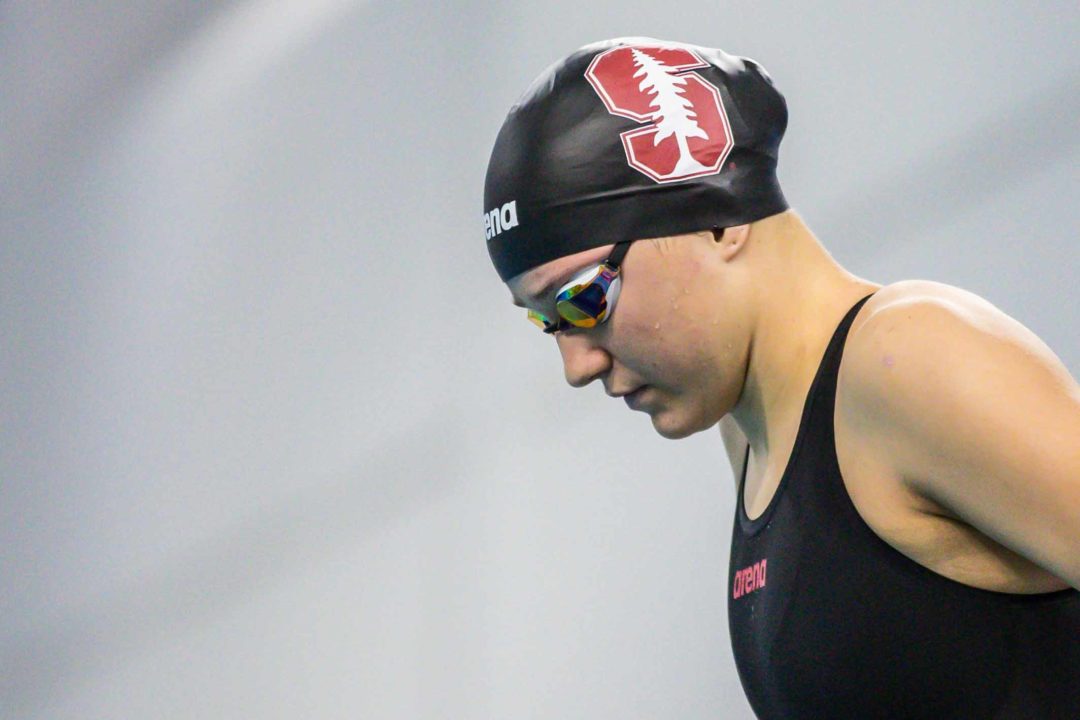 The defending NCAA champion Stanford Cardinal women will return to the Art Adamson Invite at Texas A&M rather than the Ohio State Invite. Archive photo via Jack Spitser/Spitser Photography

The defending NCAA champion Stanford Cardinal women will return to the Art Adamson Invite at Texas A&M rather than the Ohio State Invite.

Stanford had traditionally attended the Art Adamson Invite, but switched its mid-season meet to Ohio State last year when a home football game forced Texas A&M to move its meet to a Wednesday-through-Friday schedule instead of the traditional Thursday-through-Saturday. Stanford coach Greg Meehan said at the time it allowed the team to miss less class days. This year, the Ohio State Invite and the Art Adamson Invite will take place on the same dates (Thursday, November 21 through Saturday, November 23), so Stanford will switch back to the College Station meet.

Ohio State provided SwimSwam a list of expected teams for its 2019 home invite last week, with the Stanford women included. But Meehan confirmed to SwimSwam that the Cardinal would be heading back to College Station for the Art Adamson Invite instead. SwimSwam has reached out to hosts of every major mid-season invite we could find for lists of expected teams, but so far we have not heard back yet from Texas A&M.

So far, we have prospective team lists from the following invites:

It appears the mid-season lineup should also feature the Missouri Invite (Nov 15-17), Tennessee Invite (Nov 21-23), Georgia Tech Invite (Nov 22-24) along with the U.S. Open (Dec 4-7, long course meters). It’s unclear at this point whether we’ll see the IU Invite, Hawkeye Invite, Texas Invite or Georgia Invite returning from last year, as the hosts of those meets are already expected at other mid-season invites.

Even the article referenced used “fewer”.