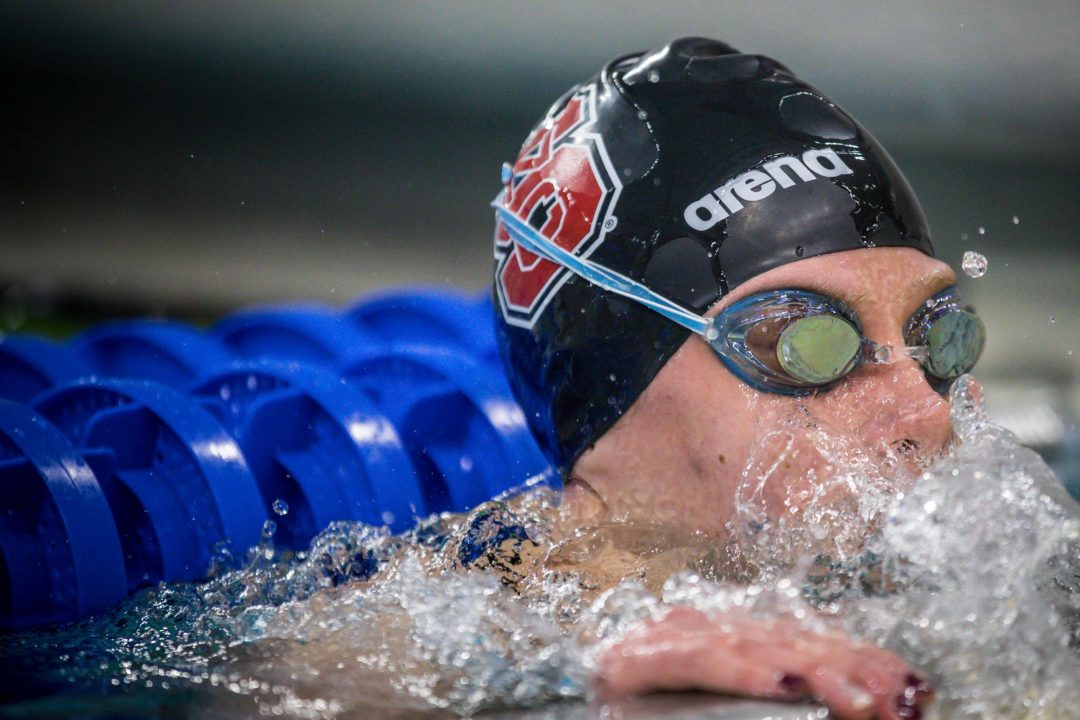 The NC State Wolfpack will host their own mid-season invite at the Greensboro Aquatic Center. It will feature Arizona State, Auburn, Wisconsin and Duke. Archive photo via Jack Spitser/Spitser Photography

In another big change to the NCAA mid-season invite landscape, the NC State Wolfpack will host their own mid-season invite at the Greensboro Aquatic Center. It will feature Arizona State, Auburn, Wisconsin and Duke.

The meet will take place from November 21 (a Thursday) through November 23 (a Saturday) in Greensboro, North Carolina. That’s the second big weekend of college invites, and will happen at the same time as invites at Texas A&M (the Art Adamson Invite), Tennessee, Ohio State and Georgia Tech.

Those five teams represent four of the five major conferences in the NCAA, with the Big 12 the only conference not represented.

Last year, NC State swam at the Indiana Invite at mid-season, but that invite appears to not be happening in 2019. NC State also lists U.S. Open (formerly known as Winter Nationals) from Dec 4-7 on its schedule. That meet is taking place in long course meters and would give top athletes a chance at some Olympic Trials cuts or racing experience in meters leading up to next summer’s Olympic season.

Such a good facility. Maybe more teams will join and make it really interesting!!