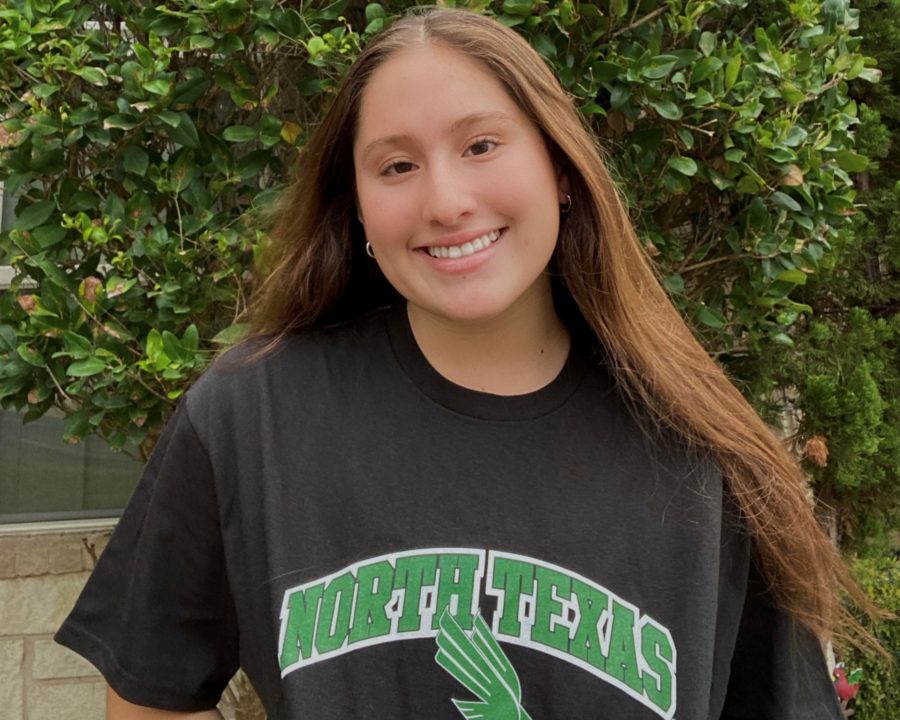 Current high school senior Samantha Robles has decided to remain in-state, verbally committing to swim for the University of North Texas in Denton, TX in the fall of 2021. She hails from San Antonio, TX, which is around 300 miles south of UNT, where she swims club for the Alamo Area Aquatics Association and represents Johnson High School.

“I’m SO EXCITED to announce my verbal commitment to continue my academic and athletic career at the University of North Texas! Thank you to all my family, friends, and coaches who have helped me along the way! Can’t wait to be an Eagle! #gomeangreen”

Robles has been a steady presence in Texas high school swimming at both the regional and state levels, which is no small feat in one of the most competitive high school swimming leagues in the country. She is a three-time qualifier for the 6A (largest schools) Region 7 Championships and a two-time qualifier for the 6A State Championships, which featured top recruits such as Lillie Nordmann, Emma Sticklen and Katherine Zenick in the 2020 edition.

Robles qualified for the state meet in the 100 fly in both her sophomore and junior year, finishing 20th in prelims in 2019 with a 58.0. During her junior year, she improved her position by qualifying for the B-final, touching 15th at a 57.1 in finals, just off her lifetime best. That time came from prelims from earlier in the meet, where she swam a 56.6. During her 2020 campaign, she also swam on Johnson’s 200 and 400 free relays, splitting a 24.9 and a 53.8 respectively, both of which were barely off her lifetime bests. Johnson ended up 2nd in the 200 free relay, 15th in the 400 free relay, and 12th overall in the girl’s team race.

She’s also had a successful club career at Alamo Area Aquatics, as she is a Futures qualifier in the 100 fly and a Sectionals qualifier in the 50 and 100 free, along with the 200 fly. During the 2020 Speedo Sectionals at College Station, she swam personal bests in the 50 free and 200 fly, of which the 50 still stands today. She lowered her 200 fly best by another two seconds later in December of 2020.

The University of North Texas is a Division 1 mid-major school competing in the Conference USA, which includes in-state rival Rice, and Florida schools such as Florida Atlantic and Florida International. At the conference championship in 2020, UNT finished 5th out of 7 teams, just 30 points away from 4th place team Marshall University from West Virginia.

Robles will join a deep sprint roster at UNT. She would have been among 10 athletes at a 24 or better in the 50 and nine at a 53 or faster in the 100, with few graduations impacting this depth for next season. Robles will also slot nicely into their fly group, as the top three women are all around a 56.

At last season’s C-USA Championships, Robles would have made finals in both fly events, qualifying for the B-final in the 100 and the C-final in the 200. She would have also nabbed a spot in the 50 free C-final.