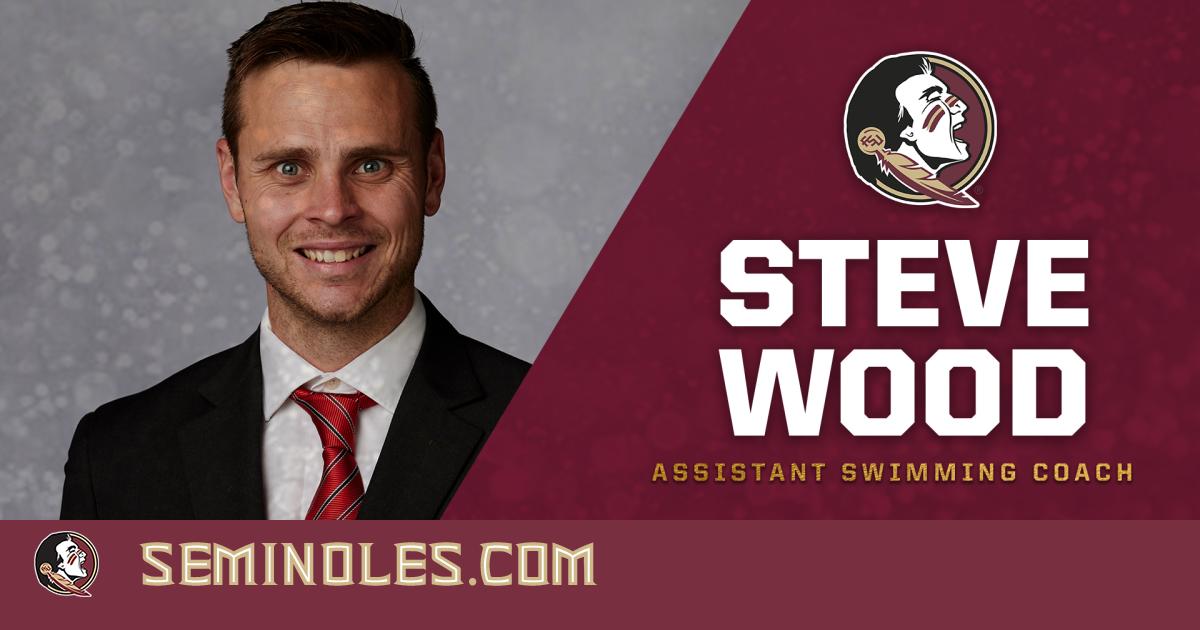 Steve Wood focused on the middle-distance groups at UNLV, which included a 1-2-3-4-5 conference finish for the men in the 500 free.

After former assistant Dan Kesler was named the head coach at Division I Dixie State University, Florida State has announced the return of Steve Wood to the swimming & diving coaching staff.

Wood, who was a volunteer assistant at FSU from 2016-2018, has spent the last 3 seasons as an assistant at UNLV. His tenure overlapped with the first two years of head coach Neal Studd’s time in Tallahassee.

“I could not be happier to work with Steve again,” FSU head coach Neal Studd said. “As a volunteer for us, he was just amazing and since then, he has really proved himself at UNLV. I love how well he connects with the student-athletes and his passion for what we do.”

At UNLV, Wood worked primarily with the middle distance group.

In 2021, the UNLV women won the Mountain West Conference title, knocking off Nevada in a thrilling finish to take their first conference title in 16 years. Meanwhile, the men won the WAC title for the first time in six seasons with a conference record of 907 points.

The UNLV women scored more points in the middle-distance races, Wood’s primary group, at the Mountain West Championships than any other program. That includes 2-3-7 finishes in the 500 free from a trio of juniors and 2-4-7-9 finishes in the 200 free.

Prior to his first stint with Florida State, Wood spent 1 season as an assistant at Division III DePauw University and 3 years as the head coach at Francis Howell High School in Missouri. He also worked with the Rex-Plex Sharks club team there.

Wood was a four-year swimmer and team captain for Southern Illinois, earning second-team All-MAC as a junior and senior while specializing in breaststroke and IM events.

Wood is married to the former Meredith Martelle, who was a member of the Florida State women’s ACC title winning team in 2006. Now Meredith Wood, she will take over as director of operations for the team – a position she previously held from 2016-2018.

“Meredith and I are both very excited to be heading back to Florida State,” Wood said.  “We had an incredible three years at UNLV, but the timing and opportunity seemed right to come back to FSU. We are excited to help continue building on the success that Neal and the rest of the staff have had in recent years. Florida State swimming and diving is truly a family and we are excited to be bringing ours to Tallahassee. Go Noles!”

On behalf of all UNLV Swimmers and Divers, THANK YOU Steve for three incredible years of passion. You will be missed!
FSU swimmers don’t know how lucky they are, but they will soon.
All the best to you and Meredith on this next chapter.