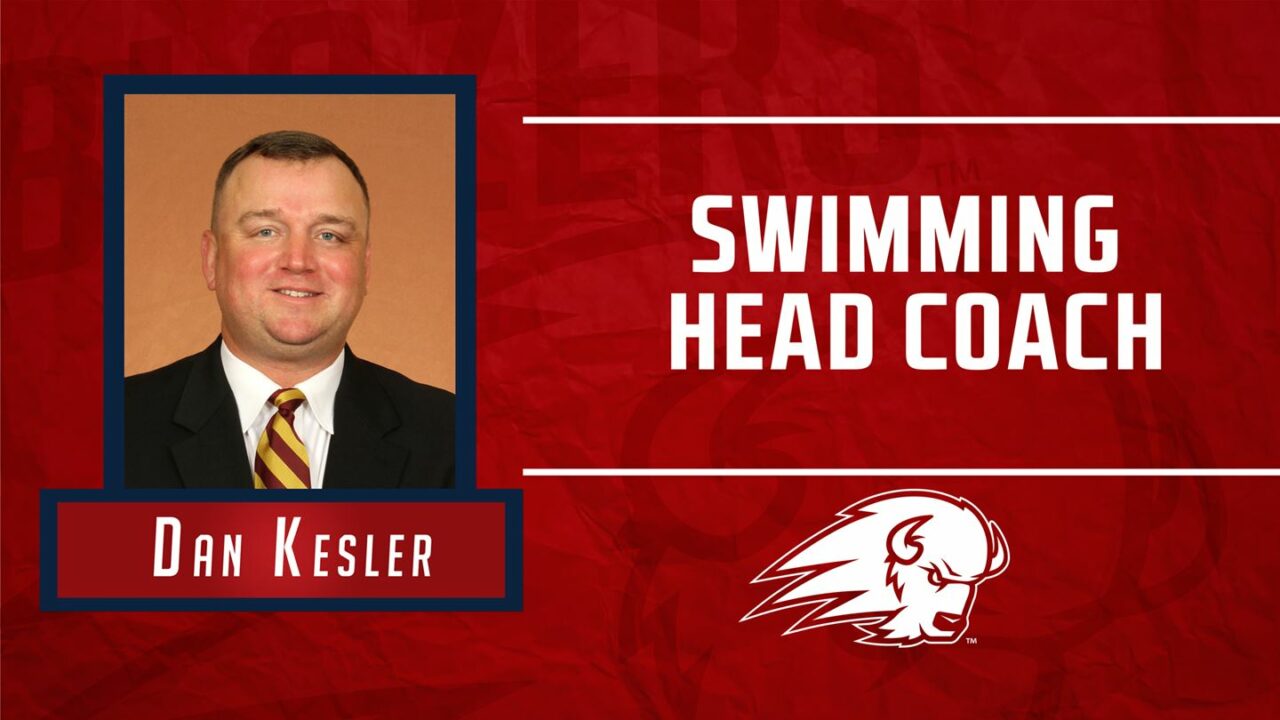 “I am very excited to welcome Dan to Dixie State, he will be a fantastic leader for our swimming program,” Dr. Boothe said. “Dan brings tremendous coaching experience and a passion for swimming and developing student-athletes with him to campus that has prepared him very well to lead his own program. He will create a culture of excellence that will lead to sustained success in the conference and eventually, NCAA postseason. We are very lucky to have Dan join us.”

Boothe went on to say that interest in the position led to a number of phenomenal candidates, and he thanked Katy Young Staudt with Turnkey for her assistance in DSU’s national search for the program’s new head coach.

Coach Kesler comes to Dixie State after two years as associate head men’s and women’s swimming coach at Florida State. While at FSU, he worked with the middle distance and stroke groups, and helped lead both Seminole programs to fifth-place finishes at the ACC Championships last spring.

Prior to his time in Tallahassee, he had a seven-year stint as an assistant coach at Arizona State (2012-19), where he worked with the distance and middle distance groups while serving as the recruiting coordinator. Kesler spent his final four years working under FSU alum Bob Bowman – who is best known for coaching the most decorated Olympian of all-time, Michael Phelps.

Kesler began his collegiate coaching career at Division II Wingate University, at which he served five years as the top assistant men’s and women’s swimming coach overseeing the mid-distance and distance swimmers. Kesler also served on the NCAA D-II top-25 poll selection committee for the 2011-2012 season. While at Wingate, he helped lead the men’s team to five-straight Bluegrass Mountain Conference championship titles, and to several top-six finishes at the NCAA Division II national championship meets.

“I am thrilled to be a part of the Trailblazer family,” Coach Kesler said. “I would like to thank Dr. Boothe for this incredible opportunity to lead the women’s swim team. Being located in one of the most beautiful places in the world and having a world class facility, I know the future is bright at Dixie State.

“Every person I have spoken with [at Dixie State] is in the pursuit of excellence both in the pool and in the classroom,” Kesler added. “I would also like to thank [current Wingate Head Coach] Kirk Sanocki, [current Ohio State Associate Head Coach] Dorsey Tierney-Walker, [current Arizona State Head Coach] Bob Bowman, and [current FSU Head Coach] Neal Studd. Without each of them I would not be where I am at today.”

Following a stellar high school career, Kesler swam collegiately at North Carolina State from 2000-03, where he served as team captain as a junior and was an ACC finalist in the distance events.

This past season, Dixie State posted one dual meet victory during its NCAA Division I debut and placed seventh at the Western Athletic Conference Championships last February. The Trailblazers also had 17 swimmers named to the 2021 Academic all-WAC team.

Best Wishes for continued success with your student-athlete.

BIg hire for DSU and mid-major swimming in the southwest. Add a boys program!

Dixie State is in a beautiful setting.

Welcome aboard Coach!
Dixie/St George is a great place to be and a GREAT group of young ladies!!!

Memo to Dixie State: Let’s get a men’s program!!

Congratulations Dan!!!! This is awesome news! Where are we going to get coffee when I come up to visit? No Dutch Bros in that city!

There sure is Dutch Bros there! They just opened a whole bunch this summer.

One of his first moves should be to add diving to his program so they can be competitive within their conference.