University of Utah Adds E-Sports, and Why This is Good for Swimming 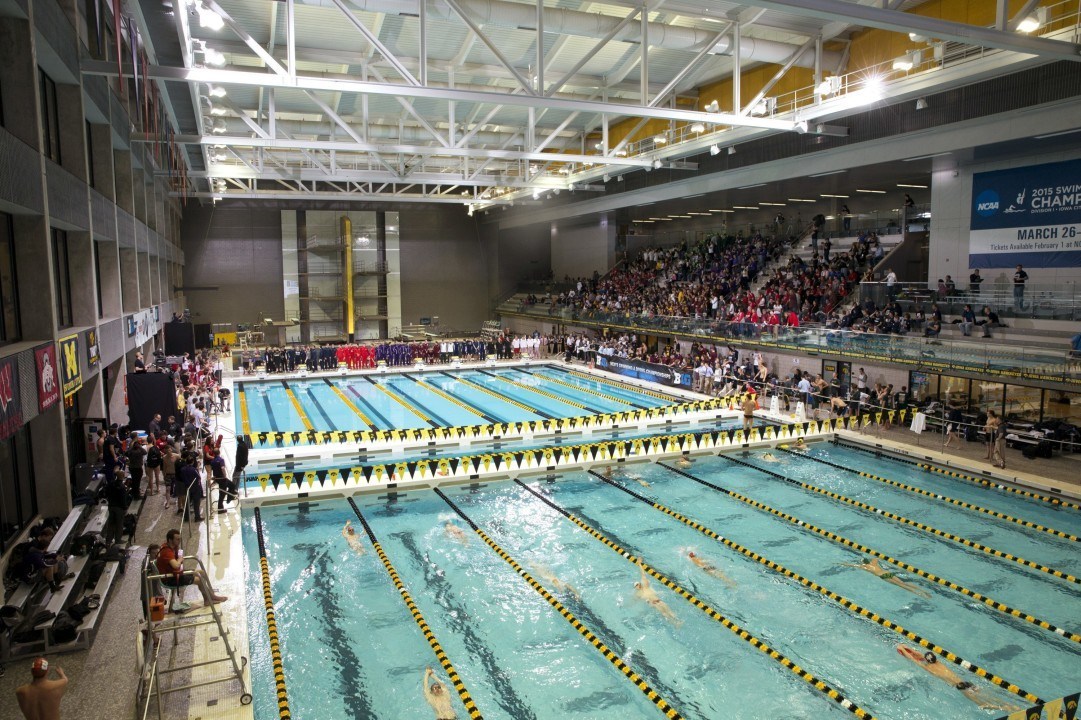 The University of Utah recently joined a small number of other American universities that recognize Esports as a scholarship varsity... Current photo via COUNSILMAN-HUNSAKER

The University of Utah recently joined a small number of other American universities that recognize Esports as a scholarship varsity sport. According to Forbes, last fall, the Pac-12 network began televising Esports and major networks, specifically ESPN have made a push toward the virtual gaming world in the past few years. The scope of what Esports has become in the short period of time that it has existed is monumental, with tournament purses north of 20 million dollars. But what kind of impact will adding Esports, a possible source of revenue and recipient of scholarship dollars, have on the college sports and NCAA landscapes? More specifically, what kind of impact could this have on swimming?

When Utah added Esports as a varsity sport, they became the first power five school to do so. A lot of schools have clubs that excel on the international level, but only a handful of schools nationally award scholarships to their Esports athletes on campus.

The key for myself, and all those around the world that want to see swimming expand and less college programs getting cut, is that the addition of these Esports programs could generate massive amounts of revenue. According to the same Forbes article that is linked above, Esports was a 748 million dollar industry in June of 2016 and most estimates believe it will approach 2 billion dollars in the coming years. To put that in perspective, the Japanese Baseball League (Second biggest in the world) generates about 1.1 billion dollars in revenue. The NHL produces 3.7 billion dollars. Esports isn’t a small industry as it sits, and it’s growing at a rapid pace.

The fact is that whether it’s abundantly clear to your average NCAA fan in the United States yet or not, these Esports tournaments sell out stadiums. The most profitable tournament in the world took place in Seattle last year at KeyArena. The 17,000+ seat stadium was sold out and the winning team took home almost 10 million dollars to split between five players.

Think about it this way. Around 20 basketball programs generate a profit for their respective schools. I use basketball because it is the most comparable stadium size. If these schools were able to sell out for an Esports tournament a few times a year, it could create some serious revenue. Hosting a tournament or event also would not require as much money as building a whole new stadium could for a school if they added a baseball team, for instance. Moreover, according to Sports Illustrated, 71% of the Esports gaming industry revenue is sponsorships and advertisements. Much like how Nike, Under Armour and Adidas sponsor schools now, gaming companies could lift a school’s financial burden in the same way – without dipping into the same pool. Generally, universities can only have one of the mainstream sports sponsors. But that doesn’t preclude them of dipping into a whole new revenue pool for Sony or Nintendo sponsorship dollars.

The costs of Esports are relatively low, too. The primary equipment is something we all have in our homes already – seating and video game systems. A few big-screen televisions, comfortable chairs, some game licenses, and you’ve got a practice facility.

The key to all of this is that Esports generates a ton of money is growing, and that is very good for swimming. Swimming is what is called a “non-revenue” sport. Basically, non-revenue sports don’t sell tickets to most events and don’t end up turning a profit at the end of the year. Therefore, they are more susceptible to being cut when schools need to make budget cuts. We have seen this recently at Buffalo, as well as at other major universities. The more revenue that an athletic can generate, the better it is for not just swimming, but all non-profit sports.

Revenge of the Nerds III. They’re back! This time with revenue.

I really hate the term “E-Sports.” If video games are E-sports, then does that make American idol a music sport, or “M-Sport?” Is an essay contest a W-sport? Just because something is competitive does not inherently make it a sport, it must require macro-level physical prowess and coordination in my opinion.

Not that any of those things are simple, easy or unimpressive. I play video games myself, and I know that it takes time and genuine skill to be good at them. But at the same time, there’s no real connection between athletics and video games except for the one people force for marketing reasons.

To quote a popular t-shirt I remember at swim meets: swimming is a sport, everything else is just games.

I don’t call it “esports” either (I like competitive gaming better) but I disagree with you that there aren’t any similarities. If you can learn to look over the major physiological training components, competitive gaming requires many of the same skills and strategies as mainstream sports. For instance, the use of cognitive skills and strategies is almost identical to that of sports. In fact, E-Sports is already recognized by the Association for Applied Sport Psychology both in its annual conference and publications. In terms of coaching it, it’s very similar to any other sports. You practice technique, and come up with strategies to counter your opponents. The use of spatial awareness and precise motor movements is incredibly high. Either way,… Read more »

I liked the headline of the article, btw I read something like that on egamersworld.com