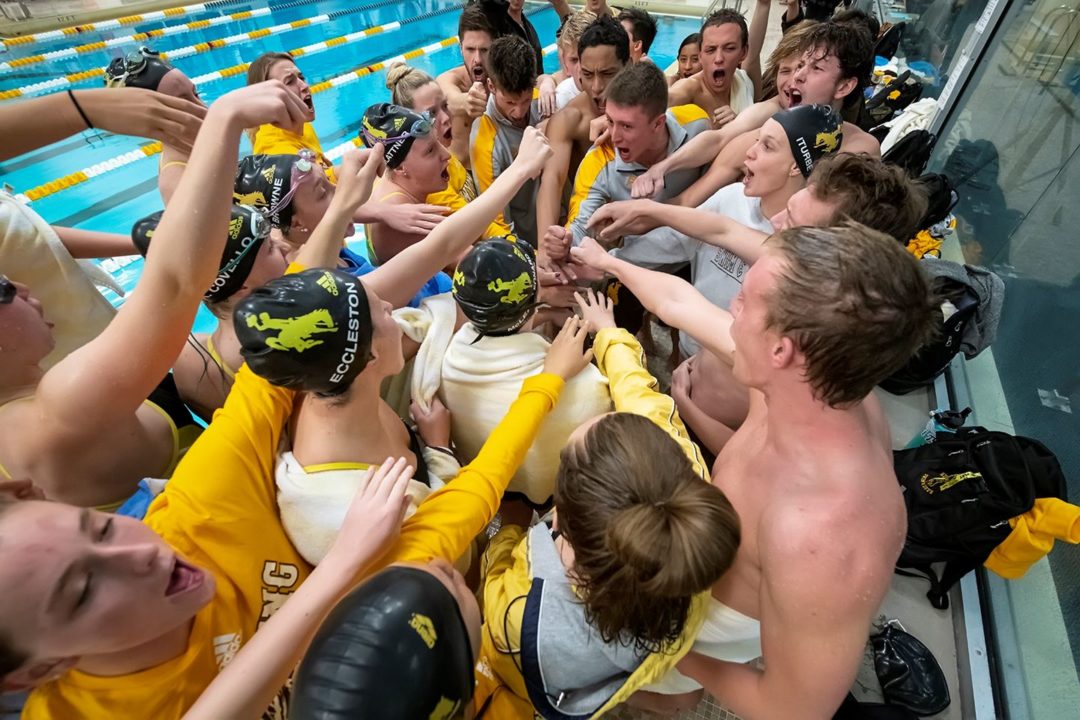 Blattner is a senior and a record-holder on the women’s team. She specializes in butterfly and IM, but she set the team 500 freestyle record this February at the Mountain West Conference Championships with a time of 4:45.39. At the beginning of this years’ championship season, Blattner went into the 500 free A final at the CSCAA National Invite in tenth place. That night she jumped up to third place with a time of 4:48.61. She was the conference co-champion this season in the 200 free, swimming a 1:47.35 to tie with Nevada senior Andressa Lima. This, combined with her second place finish and career best time of 1:56.13 in the 200 backstroke, earned her a spot on the All-Mountain West team.

McLean-Leonard is a senior Cowgirl and a prominent butterfly specialist who holds the school record in the 100 butterfly.  At last year’s conference championships, she set the 100 fly record again with a time of 52.70. During the same meet she finished third in the 200 butterfly with a time of 1:59.37. Both of these performances earned McLean-Leonard a spot on the All-Mountain West team alongside Blattner. In March at the CSCAA National Invite she raced the 50 fly in a time of 24.30, claiming fifth.

Both women’s captains earned CSCAA Scholar All-American Honors for their performances in the classroom during the 2019-2020 season. This will be Blattner’s second consecutive season as a team captain.

The Cowboys ended last season at the WAC Championships with a fourth place finish under third-year head coach Dave Denniston, and the Cowgirls placed third at the Mountain West Championships.